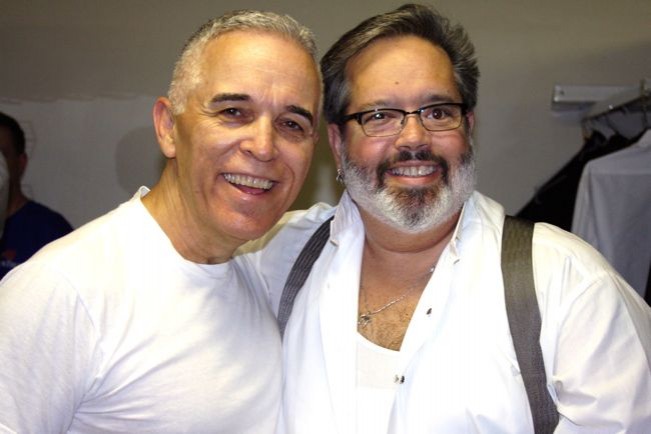 What’s it like behind the scene of an Atlanta Gay Men’s Chorus concert? Our cameras were there for an answer Saturday before one of three performances last week of the group’s “Divas 2: Opera Revisited” concert.

“Divas 2,” was a sequel to AGMC’s popular 2008 opera-inspired program. The group performed one concert on Friday and two more on Saturday at Oglethorpe University’s Conant Performing Arts Center. With the idea that opera in its many forms has “gone mad, gone to hell and been done-up” over the years, the chorus set to work exploring the genre’s rich repertoire.

Music in the concert included interpretations of work by Bizet, Bernstein and Wagner, to just name a few. And what would an opera concert be without the Three Little Maids — chorus members in regalia — and a reprise of the well-received Anvil Chorus from the 2008 show, complete with hammer-hauling hunks?

AGMC is smack in the middle of its 30th season full of fond memories. After an anniversary celebration with Jennifer Holliday in November (photos), the chorus enjoyed yet another well-attended round of its holiday concerts (photos).

Next up, the chorus tackles “30 Years of Broadway” with special guest performer, Broadway’s renowned Joanna Gleason, who also happens to be celebrating 30 years on the musical stage. The concerts are July 8-9.