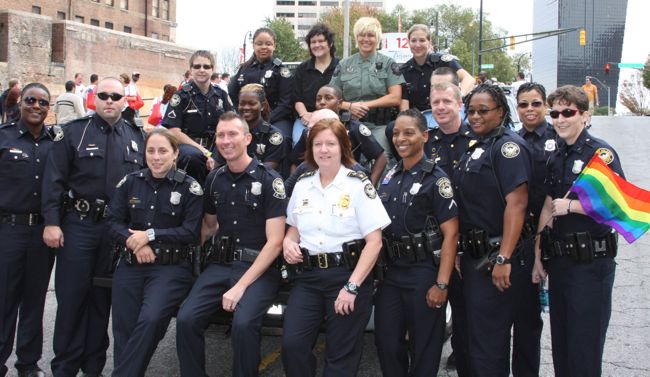 Some gay folks like to complain about Atlanta police every chance they get. And with good reason. But here’s an opportunity to do something about it: Add some more gay by joining the force.

The agency hosts a career fair on Monday with a pretty straight-forward approach in mind: They are hiring. In this economy, it’s one of the few places that’s adding staff and not firing them — well, except for these guys.

While the economy has been difficult for most employers, the Atlanta Police Department is looking for dedicated, community-minded individuals to join our ranks of sworn officers, and become part of our force for positive change in Atlanta.

Atlanta police have worked in recent months to improve its strained relationship with the city’s LGBT relationship. How to keep them sensitive to gay issues? Become one of them.

You could end up working for this lesbian. Or for this gay guy. Or alongside these two gays. Maybe you’ll even get to ride shotgun with this guy – the one at the bottom with the big guns. And there’s always the LGBT cop contingent that marches in the Pride parade (photo). Sometimes you get to drink on the job, too.