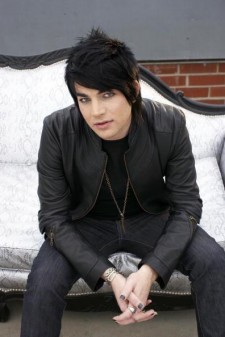 UPDATED | 5:45 p.m. With no official promotion, gay ‘American Idol’ runner up Adam Lambert (photo) outdid Madonna Monday — and passed Barbra Streisand Tuesday — in Amazon.com pre-sales. This for a disc with no name that doesn’t even come out until Nov. 24.

He’s more than hanging with gay icons; now they have to sit up and take notice. Beating Amazon’s perennial favorite Madonna by a longshot, Lambert’s pre-sales Monday came in second only to Streisand’s first release in four years. On Tuesday, he passed even Babs.

Just to seal the score, Lambert also out-sold the Beatles and Susan Boyle for the second day in a row Tuesday. Not bad for an as-yet-unnamed debut with zero official publicity.

Not only did RCA not publicize that pre-release ordering would be available, the singer’s record label and publicist didn’t announce it at all.

The news spread by word of mouth and the ever-powerful Social Media outlets after a dedicated fan found the album on Amazon Sunday morning.

We always liked Adam and his hot straight bestie Kris Allen, whose “Live Like We’re Dying” single is showing well on the charts so far. But even we didn’t expect this kind of rabid fan-based success.