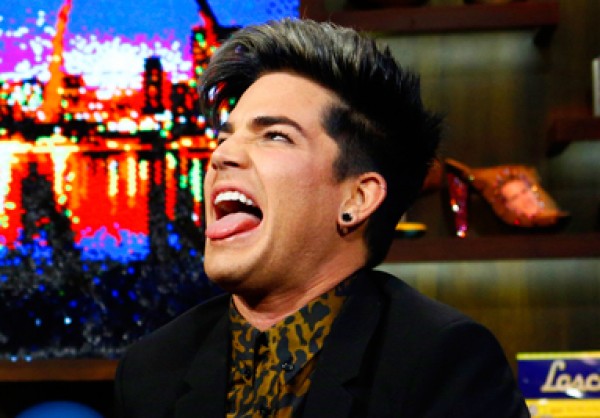 If you don’t watch gay Bravo exec Andy Cohen’s “Watch What Happens Live,” you missed Adam Lambert on his own nipples, on “American Idol” being gay-OK, and having nothing nice to say about a fellow gay runner up.

The singer, whose No. 1 album made gay history this week, unabashedly serves up his take on Clay Aiken with Gossip lead singer Beth Ditto in Cohen’s three-question “gotcha” segment “Plead the Fifth” (video below).

Though he never declines to answer a question, Glamert blanches and talks around his least favorite “Idol” judge. But when it comes to Aiken, he’s much less subtle. He’s also all about confirming the taste left in his mouth after a makeout session with a certain celebrity.

He’s just as frank about his own nipple size (“between a lifesaver and a Cheerio”) and whether “Idol” is homophobic.