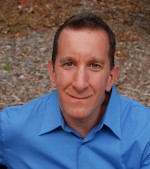 A second openly gay candidate announced his campaign for the Atlanta City Council Friday, making his bid for office a little more official.

Adam Brackman, who has attended several LGBT events in recent weeks, issued a press release Friday morning formally announcing his bid for the Post 1 At Large position on the Atlanta City Council.

“Now is the time for me to take my passion for community change to the next level by running for Atlanta City Council Post 1 At Large,” Brackman says in his release.

“Crime has escalated significantly, but police officers are being furloughed. Fire stations are being shut, our 911 center is understaffed, and the city is still not able to reconcile its finances. How has our existing city leadership reacted to this? Higher taxes and increased fees. That’s not my vision for how difficult challenges are met.”

Brackman becomes at least the second openly candidate in the City Council elections this year. Steve Brodie, a gay Midtown resident, announced April 2 that he’s seeking the District 6 post. That race was unfolding as a rematch of the 2005 campaign in which Brodie narrowly lost a challenge to incumbent Anne Fauver, the only openly gay member of the council. Earlier this month, Fauver dropped out of the race after earlier saying she would seek a third term.

Brackman, a Boston native who has lived in Atlanta for 16 years, has served served as vice-president of the southeast regional neighborhood organization South Atlantans for Neighborhood Development (SAND)*, the board of Neighborhood Planning Unit W, the Benteen Park Neighborhood Association and the East Village Park Homeowners Association. He is a services delivery executive and manager with IBM Global Business Services.

At IBM, Brackamn has worked with the EAGLE, the company’s LGBT employee group. He also spent two years on the National Advisory Board of Out & Equal Workplace Advocates, a non-profit group that works to make the workplace safe for GLBT employees. Brackman has also volunteered with AID Atlanta, CHIRS Kids, Hands on Atlanta, Jewish Family & Career Services and the Georgia Council on Child Abuse.