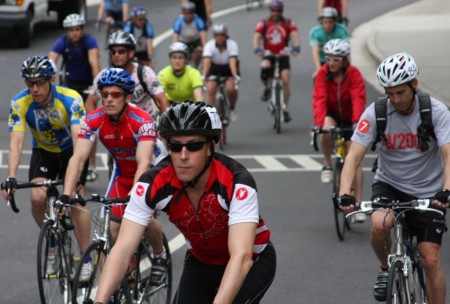 Even in a recession, AIDS Vaccine 200 knows how to pack a wallop.

For its annual 200-mile trek last month to raise money for HIV research, the two-day cycling event attracted its largest group of riders — 85 — and raised the most cash — $167,603 — in its seven-year history. Not bad for economic times so awful they regularly draw comparisons to the Great Depression.

Last year, some 65 riders helped raise $106,000 during the event, money that supports the work of the Emory Vaccine Center. Since its inception in 2003, Action Cycling Atlanta, the group that stages the ride, has raised nearly $600,000 for the center.

The riders launched the event May 16 from Emory University, cycled to Eatonton in north Georgia and returned to campus the next day. Participants could pedal the entire 200 miles, opt for a 160-mile route or work in teams as a relay.