Atlanta-based ABC News correspondent Steve Osunsami has been “100 percent” out and proud at every job he’s ever had.

“I am Black first, people see me as Black first,” he told Project Q Atlanta. “In some respects, being gay kind of softens some of those perceptions people have when they first meet me, seeing this 6-foot-3 Black gay guy. So I’ve been out every place I’ve gone.”

Osunsami became a familiar face to ABC viewers after joining the network’s Southern bureau in 1997. He regularly appears on “Good Morning America,” “World News Tonight with David Muir,” “Nightline” and other ABC broadcasts and online platforms.

But it took a lot of work to get to where he is now — on the cusp of 50, living in Brookhaven with his husband, and reporting on racial justice, politics, natural disasters and more to millions of viewers every week.

Osunsami was born in Washington, D.C., to Nigerian immigrants and spent his childhood in poverty. He came out in college, and his father responded by throwing him out of the house. He experienced the nomadic life of a TV reporter, going from stations in Rockford, Ill., Grand Rapids and Seattle before landing in Atlanta.

The reporter lived it up in Midtown like many other young, gay men in the 1990s. He became a familiar face at Backstreet, the Armory, Blake’s and Outwrite Bookstore. The socializing paid off when he ran into Joe Remillard, an artist and Kennesaw State professor.

“I met my husband at the Heretic at 2 o’clock in the morning,” he said.

They broke up after a few years together and Osunsami almost moved away.

“But after about three or four years, he came back as I told him he would the night we broke up,” Osunsami said laughing.

That was in 2005, and they haven’t looked back. The pair created a modern family with Remillard’s two grown kids from his first marriage. Osunsami is especially close with Remillard’s ex-wife, who he said is “like a sister to me.”

“There are some times I get along better with her than him,” he said. 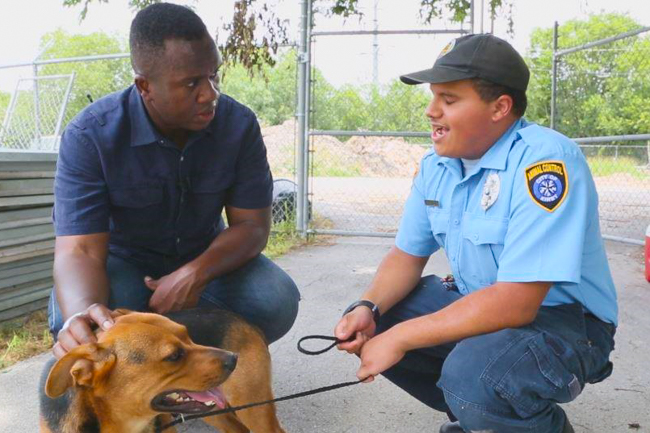 There is no typical workday for Osunsami. His stories could appear on any ABC News show from morning to late night, and the travel can be spontaneous and relentless in non-pandemic times. Osunsami said he adjusted over the years.

“I’ve been doing this for a very long time,” he said. “I’m a two-time cancer survivor. I had prostate cancer, and I had a recurrence. That put a lot of things into perspective. I need to get rest, I need to carve that out for myself.”

Osunsami did plenty of election and pandemic coverage this year, but he spent most of 2020 on the police shooting of Rayshard Brooks in Atlanta and the murder of Ahmaud Arbery in Brunswick.

“The protests and racial unrest were way bigger stories, and to me, as a Black gay man, more important,” he said.

He added that representation in journalism for LGBTQ and people of color is “hugely important.” He remembers watching TV before cable and before you could pause a live broadcast.

“You would see someone Black in the commercial, and we would yell across the house, ‘Hurry come down!’” Osunsami said. “And you’d run to the TV screen and see someone who looked like you on the TV screen. It just didn’t happen that often, and it meant something.”

“I want to say to a young gay Black man or woman, you’re going to be OK,” he added. 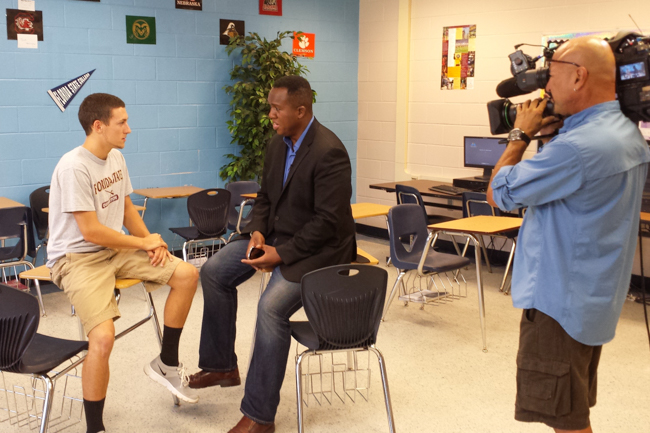 “Gay white men … are minorities in a way, but that doesn’t shield you from being able to be racist. I think a lot of people feel it does. I find it interesting,” he added.

As racial justice uprisings and awareness grew over the summer, Osunsami started getting Facebook friend requests from white gay men who knew him in his “going out days.”

“They never really talked to me then,” he said. “And I appreciate it, they need to reach out and bring more Black people close, and I get that.”

“People need to work harder to diversify the people they hang around with,” he said. “You’ll never understand what someone’s going through unless you have someone close enough to tell you.”

One person Osunsami’s become close to this year is Jorge Estevez, WSB-TV’s first openly LGBTQ and second Latinx anchor. He joined the station in January.

“I was shocked he was hired,” Osunsami said. “I look at it as huge progress. He’s the real deal.”

Despite challenges and change that’s slow to come, Osunsami put down solid roots in Atlanta and has no plans to leave, he said.

“I love this city. I love this region. My home is here. It will always be here,” he said. “I’m very proud to live here and represent the people here, and I don’t take it for granted.”