A Sunday of beer busts and balls [photos] 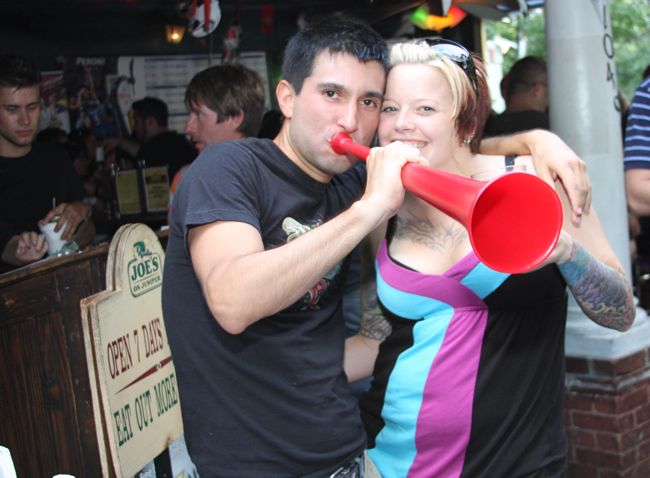 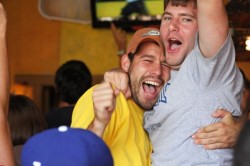 Spend a little off-the-field time with Atlanta’s gay sports teams, and you’ll quickly learn that these guys and gals know how to party. So on Sunday, we embarked on a trifecta of jock-filled beer busts and socials.

The occasion — as if it really mattered — was the end of the season for some and the World Cup finale for at least one other. The day started a little early for our beer consumption tastes, but after five weeks of drinking during World Cup games at all sorts of weird hours, what was one more day?

We joined the Hotlanta Soccer Association for its World Cup Final Beer Bust at Frogs (second photo). This was the gay soccer group’s second of the World Cup. They held a similar beer bust on June 12 when the U.S. surprisingly tied England in its first match of the competition. 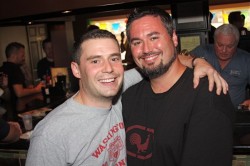 Fans of the Spaniards seemed to mix pretty well with those rooting for the Netherlands. The free-flowing beer — purchases of which supported the gay soccer team — probably had something to do with it.

There was but one vuvuzela in the entire place, thankfully, so our beer drinking and nacho crunching was left mostly uninterrupted.

Once Spain notched its overtime goal and we settled up, it was off to Blake’s to join the National Flag Football League of Atlanta for its Award Party & Social (third photo). The gay flag football league capped its season a day before when the Blake’s Broncos beat the Woof’s Wildcats 12-6 for the season crown. 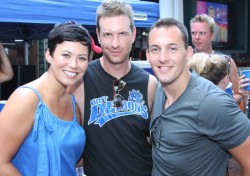 Their Sunday event was reserved to celebrate the season, dish out some awards and generally down beer without the World Cup being a bother.

The Sunday of beer busts and balls ended at Joe’s with the Wet Demons (bottom photo). This team of players – we mean that in a couple of different ways – ended the Hotlanta Softball League season earlier in the day. And since they know how to throw a beer bust – this was their third of the season, after one in March to open play and a second in June just for the hell of it – they got the honor of hosting the league’s last Host Bar of the season.

Sunday’s event featured fewer shirtless guys than is typical of Wet Demons events, but we still managed to enjoy the scene – even with the vuvuzela (top photo) that followed us over from Frogs.