A second apology of sorts in Atlanta gay beating 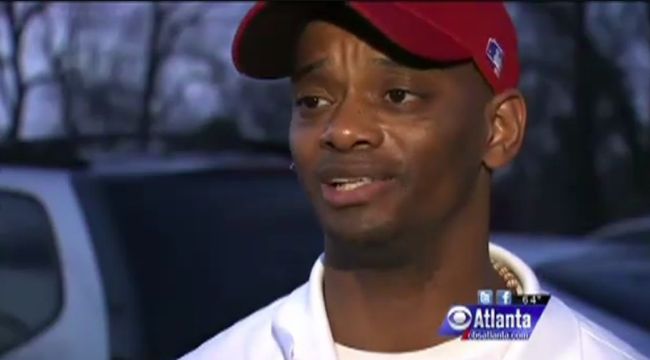 Two of the men who called an Atlanta gay beating victim a liar and cozied up with an attorney for one of the suspects are now scampering away from their accusations. But one of them can’t even manage to do that very well. Gary Nichols (photo) joined with Devin Barrington-Ward and Terik Jackson to accuse Brandon White of lying about the Feb. 4 attack in which he was beaten as he left a Southwest Atlanta grocery store. The incident was recorded and posted online, sparking national attention. White said in a Feb. 7 press conference that he did not know his attackers. But the men, who initially supported White, said he knew his attackers and threatened to out them as gay. Nichols said White had an incriminating video of the men on his cellphone, which is why his attackers stole it. They aired their concerns in a CBS Atlanta story after meeting with the attorney for and mother of Dorian Moragne, one of the four men charged in the attack. The men also helped organize a Feb. 25 press conference with Moragne’s mother and attorney, Jay Abt. (Abt has also hinted that White might know his client, despite repeated denials from White's attorney.) “We were all duped and it’s a shame, a bitter shame,” Nichols told CBS Atlanta. “Brandon was basically agitating these young men about personally exposing them for being DL gay.” Barrington-Ward apologized last week, claiming “mistakes were made” in attacking White after once supporting him. On Sunday, Nichols offered a lengthy apology of sorts in three posts to Facebook -- here, here and here. That’s quite a change for Nichols, who on Feb. 27 told critics, “Fuck you.” Three days later, he followed with, “I stand by my comments. And I know the truth.” But even his apology comes with repeated accusations that White knew his attackers and was a “street prostitute.” Nichols’ apology: