A Morehouse Man? Not in heels or a dress 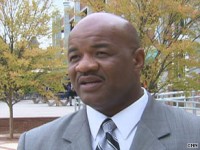 In a move to quash even partial cross-dressing at Morehouse College, an “Appropriate Attire Policy” was released at the college last week with “five students who are living a gay lifestyle” in its sites.

The policy at Atlanta’s historically black, all-male private college bans women’s clothes, makeup, high heels and purses in the new crackdown on how students can dress.

How do you tell a purse from the wide assortment of attaches, briefcases or man-bags, we wonder?

The policy also bans wearing hats in buildings, pajamas in public, dew-rags, sagging pants, sunglasses in class and walking barefoot on campus. But the cross-dressing portion goes further; it tells students that female attire isn’t open to their out-of-class activities either.

A school official told CNN that he discussed the new policy with Morehouse’s campus gay organization.

“We are talking about five students who are living a gay lifestyle that is leading them to dress a way we do not expect in Morehouse men,” he said.

Before the school released the policy, Bynum said, he met with Morehouse Safe Space, the campus’ gay organization.

“We talked about it and then they took a vote,” he said. “Of the 27 people in the room, only three were against it.”

So even most of the gay students at Morehouse are buying into the hype from the conformity police. That surely doesn’t help matters.

The CNN story does a good job compiling support and dissent among students. but the whole thing is just another hot mess at the college with a long and sordid history of gay-related troubles.

An official letter last month from the college when an employee was fired for anti-gay remarks in an e-mail said that the insitution “has a no-tolerance position on discrimination, including discrimination on the basis of sexual orientation.”

This year, the college has touted a “Renaissance movement” that supposedly celebrates its gay students.

But it’s a tenuous position at best for a school wrought with masculinity issues that seeps into the black gay male community itself. When the Project Q Atlanta guys were at Southern Voice back in the day, we watched as the school reeled from a gay-bashing in 2002 and an accusation of an anti-gay firing in 2006. Those incidents have been tempered with actions like an anti-homophobia workshop in 2007.

But the school’s newfound acceptance, however much it actually exists, clearly doesn’t include gender non-conformity. In addition to the latest official policy, the student newspaper ran an editorial against “effeminate men” as recently as February.

And when it comes to the new “Appropriate Attire Policy,” school officials aren’t playing. Break the policy and you’re banned from class. Repeat offenders will be expelled from the college.

Bynum told CNN that the policy come directly from the college’s president, Robert Franklin, who ironically signed on to the “Renaissance” for gay acceptance as well.

So clearly, you can’t be a leader and express non-conformist views. Whatever.