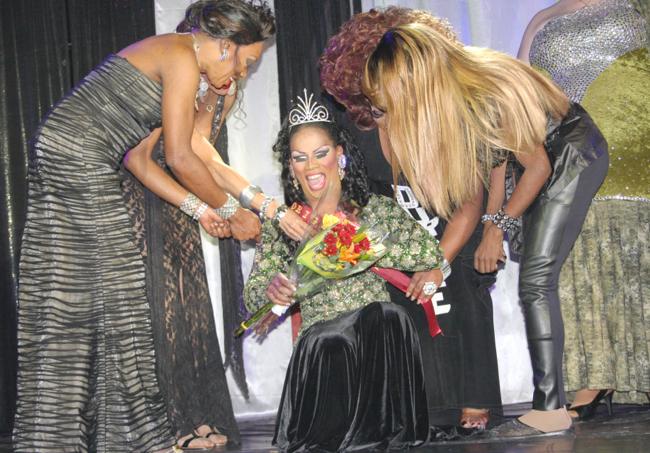 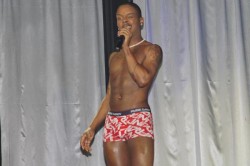 It was a blast from the past with an eye toward the future when scores of contestants and even more special performances filled the lineup of the Mr. David & Miss Originality Pageants to raise funds for two HIV charities.

The event, which unfolded Nov. 11 at Jungle, resurrected ones from the past and offered some big-name drag performers from Atlanta’s halcyon days of drag, including Tina Devore, Chevron Scott, Paula Sinclair, Chanel Stevens and Lena Lust. But the event nodded at the future, too, with appearances by Lady Bunny and Bebe Zahara Benet, who delivered the performance of the night with her dance troupe and a preview of her new single, “Dirty Drums.” (bottom photo) 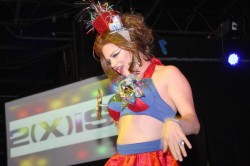 Eight drag queens competed for Miss Originality, while eight guys stripped it down and paraded it around in their best briefs for the crown of Mr. David. Myah Monroe (top photo) won the drag pageant, and Entycing Legend Sherrington (second photo) took the Mr. David title. (Jasmine Antoinette and Ashley Kruiz won first and second runner-up among the queens.)

The event was the creation of five gay-owned businesses – Brushstrokes, David magazine, Gayborhood App, Boy Next Door and Jungle – who hoped to recraft some pageants from Atlanta nightlife to raise funds for Pets Are Loving Support and Jerusalem House. It worked. The event raised $2,700, split evenly among the two beneficiaries. 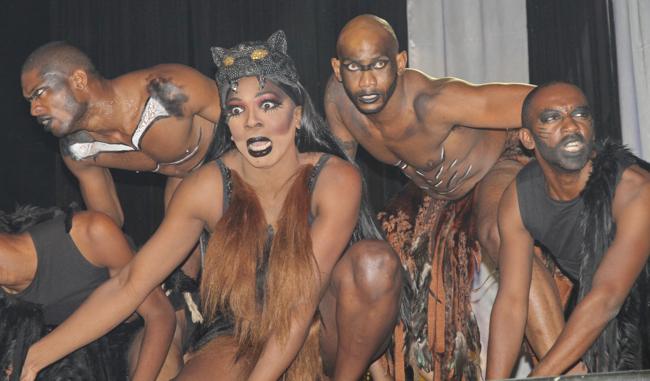