A graphic look at gay equality across Georgia

Atlanta companies fumble their gay love and the area’s progressive cities don’t always show it so well. So how do you measure LGBT equality in Georgia? With this revealing inforgraphic. The graphic and its interesting insights come courtesy of Georgia Equality, which included it in a Tuesday pitch to supporters. The statewide LGBT equality group is ramping up its lobbying efforts as the Georgia General Assembly opens this week and wants you to register for its Action Alert Network. There’s a workplace discrimination bill to pass and a handful of other proposals from gay lawmakers. The group quantifies LGBT equality with some numbers about the organization, openly gay elected officials, same-sex couples and the number of LGBT Georgians. It’s a fascinating, graphical look. (For a larger view, click the thumbnail in the image gallery below.) 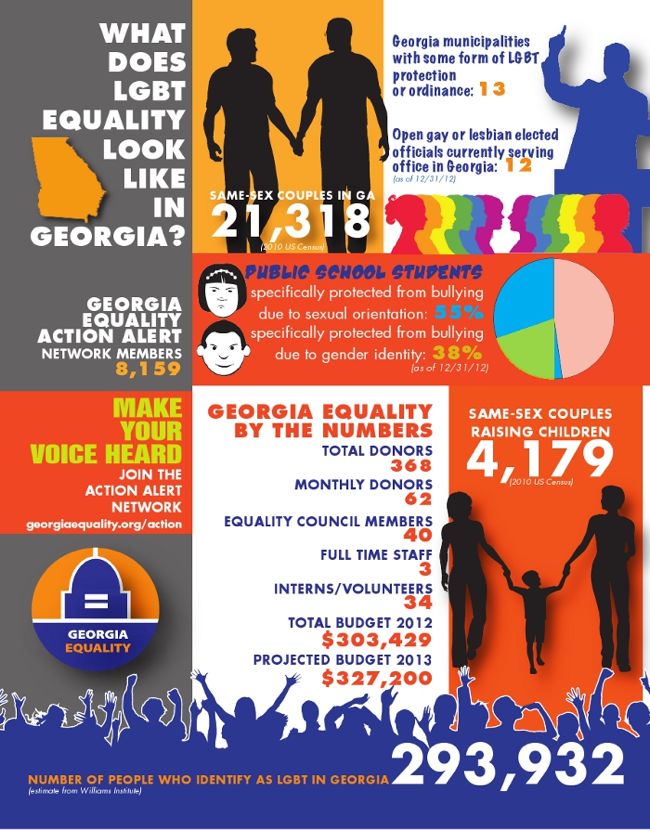