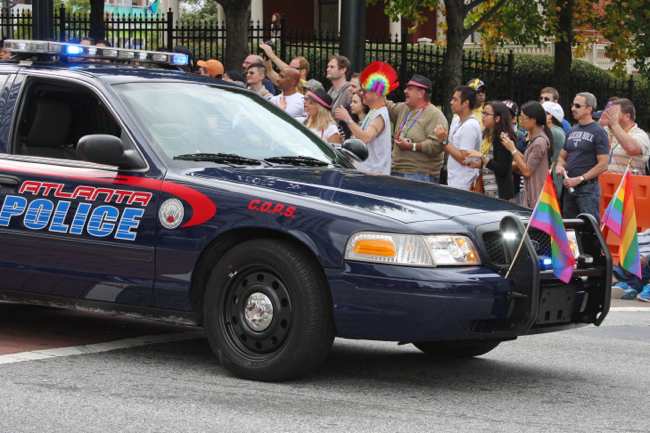 What's worse? Your partner is a hoarder? Or that he's willing to smack you around a little to protect his mounds of junk? It's a question this gay Atlanta couple is pondering.

Couples fight. Over a gay man's makeup. When you call your ex in front of your current. And twinks rough up their daddies.

Now there's this: A gay couple in a Midtown loft, a hoarder, a broken mirror, busted lip and the cops. Always the cops.

In Midtown, cops responded to a fight call at a loft in Midtown. A downstairs neighbor said he heard crashing and banging, so he called police. “We knocked on the door and [a 42-year-old man] answered the door while holding a towel over his face with blood on it,” the reporting officer wrote. “When he removed the towel, small cuts could be seen above his upper lip … he would not tell me how it happened and was the only person in the loft when we arrived.” The man said he and his husband have been married for 10 years and they've been living in this loft for five years. Also, he said his husband is “a hoarder.” The cop looked around and noted that the “apartment was filled with various items and made it difficult to see the evidence of a fight. But there was a mirror laying on the ground that the [man] said was his 'favorite mirror,' which had been broken during the altercation.

But a 10-year-relationship gets you something, apparently love over legal recourse.

The 42-year-old refused to give details on how the mirror was broken and insisted that he did not want to press charges.

Other residents in the building, though, are over the noise, the disputes, the hoarding of it all. So they gossiped to the cops.

Neighbors say the couple fights all the time and make a ton of noise.