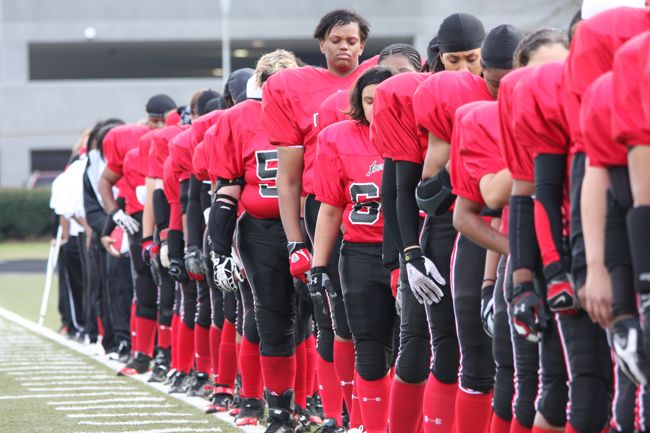 Lesbian sports fans take note: This is your weekend. Atlanta’s four professional women’s sports team — yes, four — take to the field Saturday and Sunday for home games. Dust off your oversized foam hands and get ready to cheer.

To help get your weekend sports fix on, we offer this easy reference guide:

TEAM: Atlanta Xplosion
SPORT: Football, Independent Women’s Football League
GAME DETAILS: Saturday, 2 p.m., against Carolina Queens at Centennial High School Stadium
LESBIAN QUOTIENT: The roster includes lesbians and these ladies know how to party; they do it with regular events at My Sisters Room.
INTANGIBLES: Pack a lunch and gas up the Subaru. This game is in Roswell.

TEAM: Atlanta Silverbacks
SPORT: Soccer, USL W-League
GAME DETAILS: Season opener Saturday, 7 p.m., against Hampton Roads at Atlanta Silverbacks Park in DeKalb near Interstates 85 and 285
LESBIAN QUOTIENT: Low. The team has done little, if any, outreach among gay sports fans. And they are named after gorillas.
INTANGIBLES: These ladies kicked ass last season, but fell quickly in the playoffs. But there is renewed optimism for the 2010 campaign.

TEAM: Atlanta Beat
SPORT: Soccer, Women’s Professional Soccer
GAME DETAILS: Second home game, this one against the Washington Freedom on Sunday, 6 p.m., at Atlanta Beat/KSU Stadium. Match also airs on FSC.
LESBIAN QUOTIENT: Strong lesbian quotient here, as goalkeeper Brett Maron is out and proud.
INTANGIBLES: The team is struggling and hasn’t won a game yet this season. And they play in Kennesaw. Convenient for Cobb dykes, but for others, it’s a haul. And not the good kind that involves U-Haul. 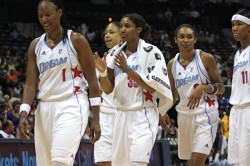 TEAM: Atlanta Dream
SPORT: Basketball, WNBA
GAME DETAILS: Home opener on Sunday, 7 p.m., when they take on Indiana at Philips Arena. It also airs on SportsSouth.
LESBIAN QUOTIENT: High — as in the parking lot will look like the used car lot at a Subaru or truck dealership. Scores of lesbians hold season tickets and short of Pat Summit or Candace Parker coming to town, Dream games pull in the largest sports-loving lesbian crowd you’ll see. The team’s community outreach often includes LGBT events.
INTANGIBLES: They went from WNBA worst in their inaugural season to playoff contender last year, so it’ll be interesting to see how they fare in the Eastern Conference this season.