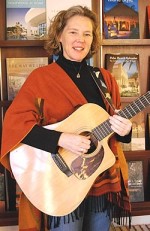 Keeping up with the gay and lesbian candidates this election cycle takes a scorecard. The list is now up to 12 and includes races in four cities.

The latest additions: Lesbians Melanie Hammet (photo) and Kathie deNobriga are seeking their third terms on the Pine Lake City Council, the governing body for the small DeKalb County city with 630 residents.

“I think I’m going to do it. I haven’t told my girlfriend yet, but I think she knows,”deNobriga tells Southern Voice.

Just one of the candidates is an incumbent. Bates became the first openly gay Republican to win elected office in Georgia in 2007 when he filled the unexpired term of a city council member who resigned. Hudson was appointed to the Ward A At-Large seat in East Point, but later stepped down after the incumbent, Greg Fann, returned.

But one gay candidate who’s not running — at least not this year — is Lance Rhodes of the East Point City Council. Southern Voice reported Tuesday that the gay council member, first elected to the seat in 2003, faces re-election this year. But the Ward B seat isn’t before voters until 2011, giving Rhodes some time before he has to decide on seeking a third term, he told Project Q Atlanta on Tuesday.