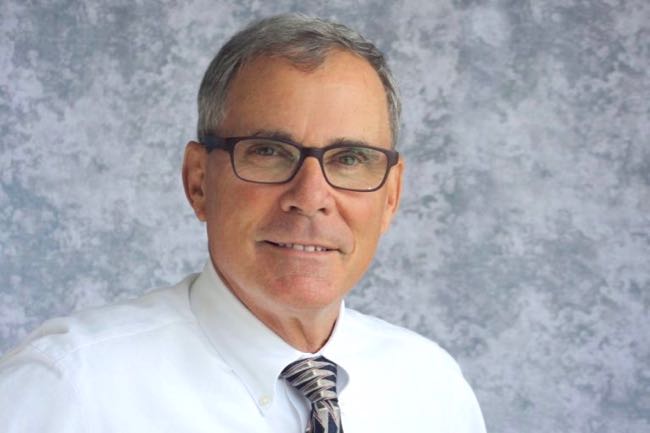 I started practicing infectious disease in October of 1981. I’d chosen the perfect specialty for a young, over-confident military doctor. Infections were fascinating problems to solve, and they usually had solutions. Every case seemed like a winnable battle, after which I’d triumphantly send a cured patient off to live life to the fullest. Needless to say, 1981 threw us all a curve ball.

It’s almost a cliché to say now, but if you weren’t there when the AIDS crisis hit, it’s impossible to understand what it was like. It was a stunning time of loss for LGBTQ communities, and a period of intense uncertainty for healthcare providers. My long-time nurse, Mary Burns, and I lost two to three patients per week in those early days, almost all of them gay men. We saw their loving partners step up and become part of their care teams. We saw their intense devotion through unimaginable anguish, during a time when their relationships weren’t recognized in life or death. It was beautiful and horrific to witness. Their names will echo through our practice forever.

Our dying patients taught us about dignity, chosen family, altruism and forgiveness. They laid bare the consequences of stigma and hatred. They acted up against stigma, silence and healthcare bureaucracy. My remarkable nurses and medical assistants became family to our patients and to each other. We were united in our grief and in our shared commitment to fight alongside our patients.

In the mid-1990s, the pace of death slowed with the advent of effective treatment, and we eventually had time to catch our breath and refocus on treating HIV as a chronic illness. So many of those caring partners held on just long enough to reap the benefits of all the studies they’d participated in. One of our patients had lost 59 friends and was awaiting his own demise when protease inhibitors came along. He’s still with us today. Our patients became People Living With HIV, and I grew up to be a doctor who saw people first, infections second. My patients led me to the realization that I loved being able to get to know their whole stories.

To my patients who are long-term survivors of HIV: Thank you. Thank you for staying here with us despite the stigma, the grief, the survivor’s guilt, and the insensitivity of so many care providers. Thank you for putting your bodies on the line in the early days to test new treatments; for your tireless, unapologetic political activism. Thank you for being a beacon of hope for the newly-diagnosed, and for helping to build a medical system that would serve your communities best. It’s been the honor of a lifetime to care for you at every appointment.

The author, Dr. Joel Rosenstock (photo), is the medical director for AbsoluteCARE Medical Center & Pharmacy and a past president of the Infectious Diseases Society of Georgia.

HIV Long-Term Survivors Day celebrates and honors the nearly 1.1 million people in the U.S. living with HIV. The date – June 5 – also marks the 38th anniversary of the start of the AIDS epidemic as it was first reported in the Morbidity & Mortality Weekly Report from the Centers for Disease Control & Prevention.