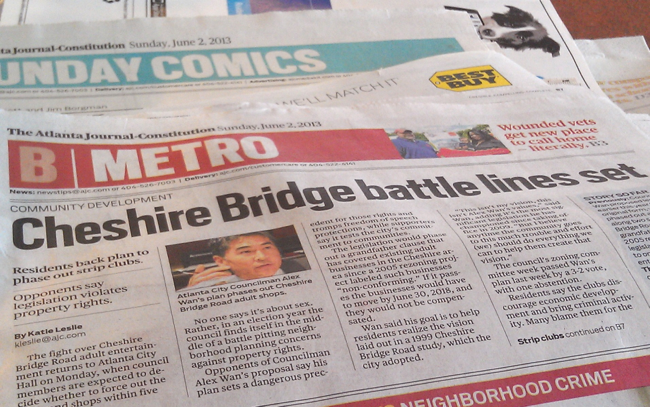 Yet thanks to a soccer mom in her workout gear, Alex Wan and the AJC, that's what I got with my shmear. With just hours to go before Monday's decisive vote by the Atlanta City Council, all sides of the fight over Cheshire Bridge's sexy parts are engaged in a last-minute lobbying campaign.

The uptight (and misleading) neighborhood residents behind Clean Up Cheshire Bridge worked the Ansley Mall area on Sunday morning, passing out flyers (below) urging supporters to join their efforts to sway City Council members. Pleasant as she was, soccer mom still interrupted me (and every other customer in Einstein's) by pushing the flyers and asking for support. (Opponents of the proposals were doing their own 11th-hour lobbying.)

That came along with the AJC, which chimed in with a Metro cover story about Wan's rezoning proposals and the controversy surrounding them.

If it passes the businesses would have to move by June 30, 2018, and they would not be compensated.

Wan said his goal is to help residents realize the vision laid out in a 1999 Cheshire Bridge Road study, which the city adopted.

“This isn’t my vision, this isn’t Alex Wan’s values,” said Wan, adding it’s the most significant legislation he has championed since taking office in 2009. “But I believe anytime the community goes to this much trouble and effort (we) should do everything we can to help them create that vision.”

Even earlier on Sunday, Wan weighed in with a note in his June newsletter.

High turnout is expected from both those who support and those who oppose the legislation, which could influence how some council members vote. I encourage those who are able to attend the meeting and participate in the legislative process on this important issue. 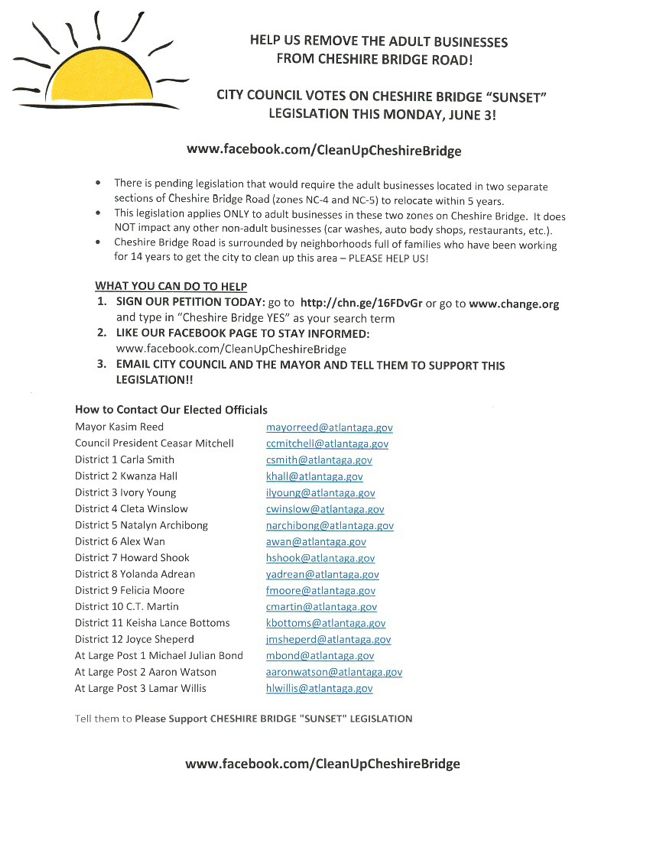