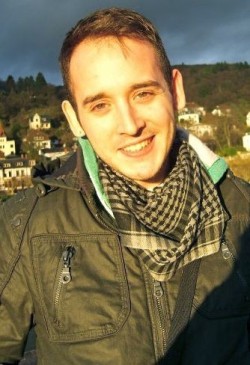 The editor of Southern Voice resigned on Monday, continuing a series of staff changes and problems since the paper started publishing under new owners in April.

David Valentine (photo), a SoVo editor since April, said mounting concern over a series of issues surrounding the paper’s financial health, past-due paychecks for staffers and freelance writers, management style, quality control and lawsuits from vendors prompted him to resign on Monday.

“At the end of the day, my name was still listed in that newspaper and if it looks like crap, it looks like I don’t know what I was doing,” Valentine says. “Every time I would try to push Southern Voice in a better direction and go about getting different forms of content, one of them would throw a wrench in it, like not paying our writers.”

Valentine joined the company, then called Gaydar Magazine LLC, to work on Atlanta Free Press, but that paper folded after only a handful of issues amidst staffing and quality concerns. Then the company took on SoVo and David, so he remained in place to staff those as the paper’s associate editor. SoVo resumed publishing in April.

Valentine says that the company missed its pay dates to him and freelancers so often — “many times, more than I can count” – that it prompted the writers he hired to stop working for the paper, which impacted the quality of SoVo’s content.

“It was a lack of resources as far as finances were concerned. It was a lack of talent because all of the talent was leaving. It was how it is structured. It led to all of the organizational problems and the problems with it. There was no money. It was definitely a combination of all of the above,” he says.

Matt Neumann, the publisher of SoVo and David since buying them in bankruptcy court in February, says Valentine wasn’t a good fit for the newspaper and that delayed paperwork from him prompted freelancers to be paid late.

“David is good guy. He is a good worker,” Neumann says. “But he is probably better suited doing a magazine and not a newspaper. Great person, hope he has a good job and everything. It just wasn’t a good fit, and there were some procedures that weren’t followed that caused those issues. I am sorry to see him leave, and I hope he goes on to bigger and better things, and I hope we do too.”

Valentine’s promotion to editor followed the departure of news editor Tom Dempsey, who resigned in April after a few weeks. Under Neumann, the paper has struggled to consistently publish a weekly edition, suffered quality control challenges, faced an allegation that it plagiarized an article and is still grappling with a lawsuit over unpaid bills from a former printer.

Neumann says that Valentine’s departure so late in the production process means the company won’t publish SoVo on Friday. But the paper plans to hire a replacement, he says. Neumann also says that his goal is to take the paper to an every-other-week publication schedule, similar to that of the GA Voice, a competing publication that launched in March. In July, Neumann had informal discussions with GA Voice managers about selling SoVo to them.

“The area that needs to be beefed up in the paper is the news area, and we’ve pulled together a couple of people to handle that. I’m not throwing in the towel. I’m going to try and stick it through. It deserves to continue,” Neumann says.

Valentine says that despite his concerns about the company and its management, he remained on board over a desire to help reshape the publication. Twice, he even took to his blog – State of the Gay – to defend the paper and accuse its critics, including Project Q Atlanta, of having “resorted to hate speech, slander and above all idle gossip.”

“I did believe that I could change what was going on. I consider myself to be a pretty stubborn person, and I won’t back down if its something I believe in. It was kind of like a bad relationship — I thought I could change the person I was with. I tried to change what was going on. At some point, I thought there was progress being made. We would take two steps forward and one step back,” Valentine says.

“With the attitudes and the reputation it became impossible to do so. It became like trying to rebrand a serial killer, and it’s impossible,” he adds.

Valentine says he’ll return to writing for his blog and launching a job search.

“As far as pushing forward is concerned, I do have a lot of different things to consider. For now, it is my blog that I’ve got and pounding the pavement,” he says.