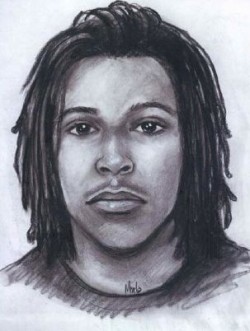 Atlanta police released a sketch of a suspect and offered a $2,000 reward for information in the shooting deaths of two men last September just hours after they attended Black Gay Pride events.

The sketch of a young black male with dreadlocks was released on Monday, the first public development by the Atlanta Police Department in the case since Samuel Blizzard Jr. and Calvin Streater were found shot to death in a southeast Atlanta apartment on Sept. 5.

“On September 5, 2010 this person was seen in the company of two males who were later found shot to death in the Richmond Circle area of Zone 3. APD is seeking information leading to his identification and arrest. You will remain anonymous,” according to the flyer.

The flyer from police also offers a $2,000 reward for information in the case and urges people to anonymously contact Crime Stoppers.

The bodies of Blizzard, a 21-year-old Georgia State University student from Virginia, and Streater, a 26-year-old Atlanta resident, were found by a friend shortly about 10:30 p.m. Police have said the two men knew their killer or killers, but did not know if sexual orientation played a role in the homicides.

The killings came 10 days after Durand Robinson, who co-owned the black gay nightclub and party promoters Traxx and sponsored several Black Pride events, was gunned down and killed on a southwest Atlanta street. On April 21, police canvassed the area where Robinson was killed in search of additional details about the crime.