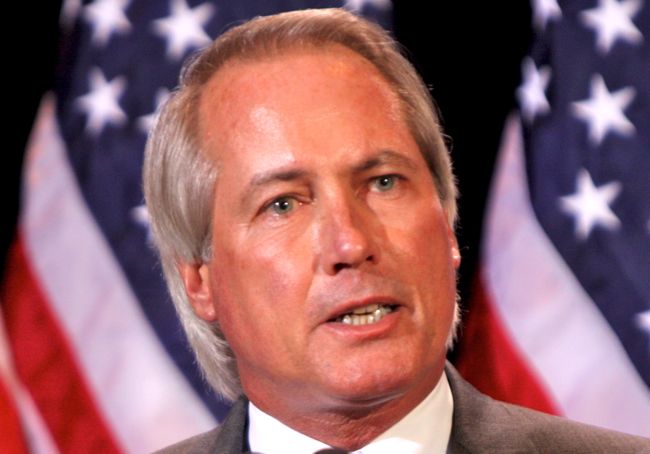 If you’re a politician with a problem — maybe you boinked another elected official of the same sex and are now running for president — who do you call? Atlanta super lawyer Lin Wood.

The attorney, who chews up libelous and defamatory allegations aimed at his clients and spits out big dollar settlements, worked quietly behind the scenes earlier this year to help spike a Huffington Post story about Rick Perry. Yeah, that Rick Perry. The anti-gay one who wants to go all Middle East on gays and pelt them with rocks on the front lawn of the White House once he’s there. But only on Sundays.

Years-old speculation about Perry and gay sex shenanigans were percolating again this summer and HuffPo dispatched a reporter to Texas to investigate. After all, the rumors were persistent and are now documented in a new book by gay former Texas lawmaker Glen Maxey. Craigslist hookups, a male hooker and a politically-powerful dalliance with then-Texas Secretary of State Geoff Connor.

Wood was having none of it.

Retained by Perry’s gubernatorial campaign committee, the acclaimed libel lawyer fired off a letter to the website in August, threatening to sue if the story ran – an aggressive response even for a candidate whose aides later admitted they entered “Def Con 9” mode when long-circulating rumors began to swirl anew as Perry prepared to run for president.

The Huffington Post’s founder Arianna Huffington said recently the website didn’t spike the story because of Wood’s letter, but because there was “simply no there there.”

Wood cut his teeth staring down media organizations in 1996 when he represented Richard Jewell, the security guard falsely accused of bombing the Atlanta Olympics. His work in presidential politics with Perry continued with Herman Cain, when he was retained to defend the Atlanta businessman against allegations of sexual improprieties with a slew of women.

“I think that any candidate for public office would be well advised to have the benefit of an experienced opinion on whether a particular article or a particular accusation might rise to the level of being actionable defamation, because I’m afraid that the environment is such that this type of reporting is not going to get better. I’m afraid that it’s only going to get worse,” Wood tells Politico.

His work with Perry isn’t the first time Wood has cozied up to a case with gay angles. One of Cain’s accusers, Ginger White, faced down her own set of allegations from former business partner Kimberly Vay. She alleges a 13-year lesbian relationship with White riddled with problems in the business they owned together.

In 1997, Wood represented the woman who had a long-term extramarital affair with former Georgia Attorney General Michael Bowers. When details of the affair surfaced publicly, it derailed Bowers’ GOP campaign for governor. As the state’s top lawyer, Bowers took his fight against LGBT civil rights to the U.S. Supreme Court in Bowers v. Hardwick.

Photo by Gage Skidmore via Wikipedia