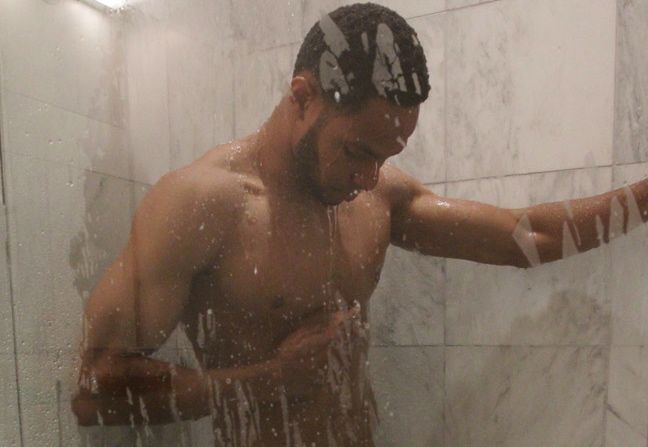 If there’s one rule to live by when it comes to break ups, it’s this: Change the locks. Or risk tempting fate and ending up in a wet and naked squabble with your ex like this gay couple in Buckhead.

Breakups that go badly enough to turn into domestic disputes are, sadly, nothing new. But at least the downward spiral of this Atlanta gay couple didn’t include stuffing the dog into an oven, a shotgun, threatening texts or bleach. Just the cops.

One day in mid August, the ex was hanging out in their Buckhead apartment and, feeling a little dirty, hopped in the shower. After all, the ex and his man had shared the apartment since February so he knew where to find the soap, loofah and towels.

Yet the ex wasn’t on the lease and … wait for it … still had a key, which made the shower hijinks all that much easier to pull off. Turns out the once loving couple had broken up in February, yet the ex refused to move out. That shower was too good to pass up.

So when the 27-year-old dry guy (and lease holder) returned to the apartment after work, finding the ex enjoying some relaxing personal time was more than he could handle. He asked the now wet and naked ex to leave. He demurred. And then things got real. Real physical and real wet.

The ex suffered a small scratch on his right hand, but declined medical treatment when the cops arrived. He also stated that, yes, he will change the locks to the apartment. It’s not clear what happened to the now dry, yet still possibly naked aggressor or his clothes.

This item was taken from an incident report filed with the Atlanta Police Department on Aug. 13.