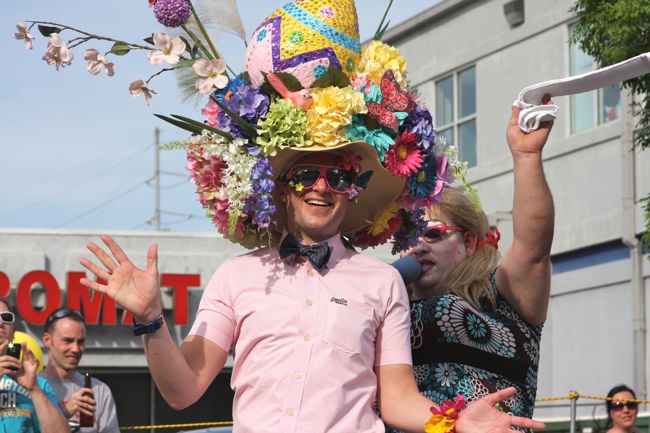 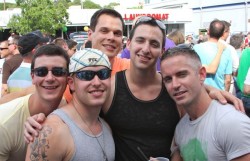 The Armorettes on Sunday rang in the Easter holiday with all of the pomp, circumstance and over-the-top bonnets you’d expect from the Atlanta drag troupe.

A crowd of hundreds enjoyed the hours-long Easter Drag Races, which like the Armorettes has returned to Burkhart’s. The drag queens cordoned off a piece of the Ansley Square parking lot outside the bar to make room for an afternoon of drag carnival delights. 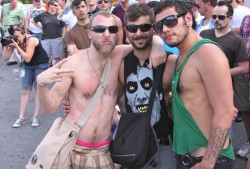 Of course, the bonnets were out in full force for the Best Bonnet contest (winner, top photo). But the real fun came with the other contests, including Musical Chairs, Snap Your Weiner, Egg Hunt, Tops & Bottoms and the ever-popular Drag Races that had drag queens for a day doing sprints in heels and applying lipstick on a warm, sunny afternoon.

The drag troupe flirted with homelessness earlier this year after an abrupt dismissal from Blake’s. But they returned their long-running Sunday show to Burkhart’s on Feb. 27. The Armorettes have raised about $1.9 million for local HIV charities in its more than 32-year history. 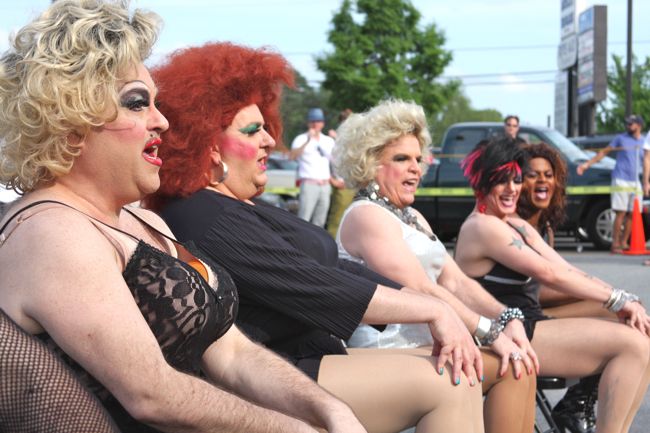