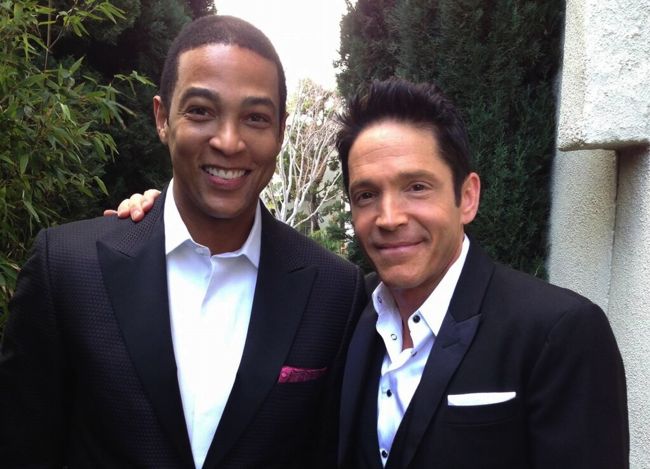 Shed no tears for Don Lemon. Sure, he’s single on Valentine’s Day. But the recently bachelorized Atlanta-based CNN anchor is living it up, getting looks across the country and pissing off conservatives. If you’re going to try and snag this catch, we offer a few tips.

Yes, he’s single (and so eligible).

@projectqatlanta @outmagazine Yes I am. Yes I am. And I love it.

The competition is stiff, if not a little misplaced.

@projectqatlanta @donlemoncnn @outmagazine If I was a Dude and Gay, I’d be all over that Chocolate Sweetness! #JustSayin

He likes to travel.

This is the way to do #Grammy red carpet. No pressure. As stalker/fan complete w/ @justkoz photobomb twitter.com/DonLemonCNN/st…

Happy #ValentinesDay tweeps. Hope u have a hot date and r spending it w/ someone u love & loves u back.

“@willhoge: just met @donlemoncnn at in and out burger. Tried not to be star struck. #cnn” What!?Why didn’t u say something?

His dates will bite.

Goes without saying @justkoz did not win at the #Grammys tonight. twitter.com/DonLemonCNN/st…

Unbelievable flower delivery. What’s u or ur sweetie’s most romantic #ValentinesDay move ever? @ Chelsea… instagr.am/p/Vt99K1IiuV/

One day. One day. Until then I’ll just enjoy the parties. #Grammys twitter.com/DonLemonCNN/st…