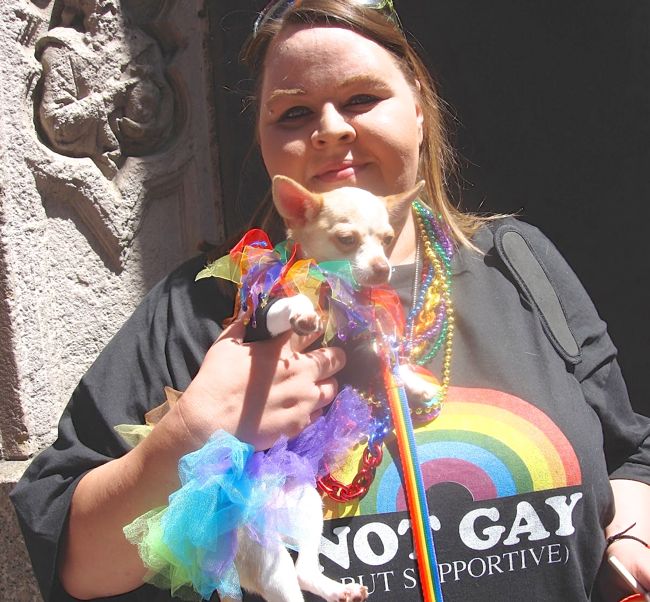 Fortunately, I'm surrounded by a group of incredibly open-minded and progressive straight friends. While our drunken misadventures may prove incoherent, in terms of my being gay, they’re very much intellectually coherent as to how homosexuality works. Not all of us are that lucky. Even though LGBT people have made enormous strides as a community, some stereotypes still perpetually follow us around and our straight friends sometimes ask about them. So, I've decided to address once and for all some of the most prevalent questions I get asked about being gay.

'Why do gay people have to act so gay?'

First of all, you’re using the word "gay" to stereotype gay men as all being Cher-loving, hip-swishing, limp-wristed, lisp-having queens, and gay women as being Home Depot-obsessed, flannel-wearing, Lilith Fair-attending dykes. Being gay doesn’t determine our personalities, it simply establishes what sex we’re attracted to. Secondly, it isn’t gay people who have made our sexual orientation a public matter, it’s been straight people.

I don’t particularly care to see you and your 300-pound wife publicly displaying your affection for each other either, but I deal with it because, hey, you’re in love, so who am I to inveigh that? I don’t know many people whose humanity would tell them that love is wrong, so when you’re perturbed by two people of the same sex harmlessly expressing their love, it’s not necessarily because you’re bothered by the adulation itself, it’s because you’ve been instilled with the belief that homosexuality is wrong or unnatural in some way—likely courtesy of your inane religious teachings—which is a scientifically unfounded notion.

Yes, there are an estimated four million citizens in the U.S., and 293,932 in Georgia, who self-identify as LGBT and we all know each other.

'Are you the female or male in the relationship?'

Last I checked males have penises and females have vaginas, meaning male-on-male relationships would be comprised of two men and female-on-female relationships two women. By asking this question, you’re not only ignoring the obvious biology of the situation, but assuming that in all relationships each partner should be expected to adhere to an inane gender role that’s been set forth by society, so you’re being doubly ignorant. If you want to know who’s the top and who’s the bottom, don’t pussyfoot around the question, just ask (and presume I’ll always answer “bottom”).

'Can you hook me up with [insert girlfriend]?'

Do I look like a walking eHarmony billboard? No, I cannot hook you up with one of my fag hags (fruit flies for the more politically correct). How about instead of going through the gay guy, you grow the balls to ask a woman out on your own?

'There are no good straight men. Why do you have to be gay?!'

While I appreciate the fact you find me to be the perfect man, I am not interested in your vagina whatsoever. I may motorboat you on occasion, but rest assured it’s completely platonic.

'When did you first realize you were gay?'

'I have nothing against gay people, but …'

If you have to include the conjunction “but,” then you obviously do have a stigma that’s prominent enough to make you feel as though you have to issue the public statement, “I have nothing against gay people, but…" This post is adapted from one that first appeared on Lucas Lascivious.