8 gay archetypes that you have already dated and dumped 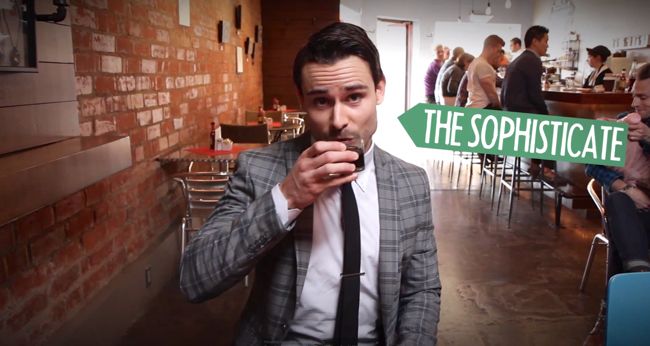 You know you've encountered some (all?) of these gay guys in the hairy (and shaven) world of gay dating in Atlanta. Now Buzzfeed creates a big gay live-action guide.

The men in “Eight Types of Gay Guys I've Dated” (video above) are cute, but even moreso in the rearview mirror of your life. Yes, they're painted with a broad brush. And yes, in some cases it's base comedy. But mostly, it's funny because it's at least kind of true.

See how many you recognize – maybe including yourself? A little? Before you decide which ones you’d add, check the video's comments for inspiration. The ones below are pretty representative, including the guy at the end who went to a comedy show expecting a sociology class with him as the teacher. He reveals which of the eight types he is in the process.

“Forgot the crazy, the bitch, the queen, the diva, the pedophile (yes, his ex WAS too young), the addict, the addict in recovery, the closet case, and the fresh ex.”

“Over achievers, perfectionists, fuck-ups who leech off people and never get anywhere in life, addicts. You will find that “the one” will have some of the following qualities: their own property, good relationship with all family members, money saved, a decent job and career with longevity, ability to say sorry and recognize their faults, two good long term relationships behind them (rather than thousands).”

“Don't forget The Mooch, the guy who asks you for bus fare because he spent all his money on drinks”

“Just what we need. Another sub stereotypes to cast on each other. Maybe this guy should try being the kinda guy he wants, rather than focussing in those he doesn't.”