6 ways to love Knomie Moore as she calls it quits 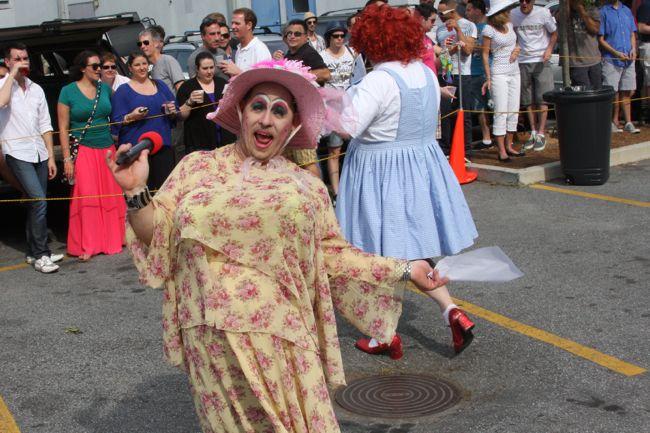 After 18 years as one of gay Atlanta’s camp drag crazies with the hearts of gold, do-gooder Knomie Moore hangs up her wigs with a swan song during the Armorettes’ 35th anniversary weekend.

If you know Knomie – nee Joseph Johnson, Heretic bartender – you know that swan song is “Rocky Top.” The signature number is always guaranteed to help her raise funds, raise the roof against HIV, and raise an entire adult beverage – or two – in one gulping performance (video above). We’ll miss it at the annual Easter Drag Races, the monthly Saturday “Backroom Burlesque” at Heretic, and the regular weekly Sunday Armorettes shows at Burkhart’s.

The latter two shows get one more Knomie-fication on Saturday and Sunday Jan. 18-19. Long after, the Atlanta legend in a housecoat and glasses will go down in local LGBT lore. In her honor, we revisit just a few of our other favorite Knomie signatures below. They’re followed by her own most heartfelt Armorette moment in the full text of her retirement announcement.

She’s the cohostess with the mostest. 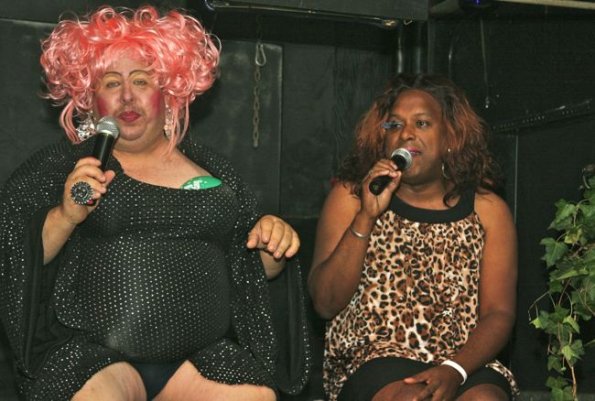 With an open heart and usually an open mouth, too. 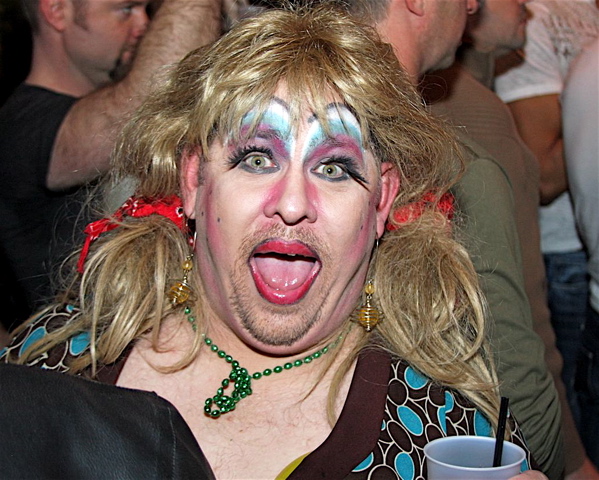 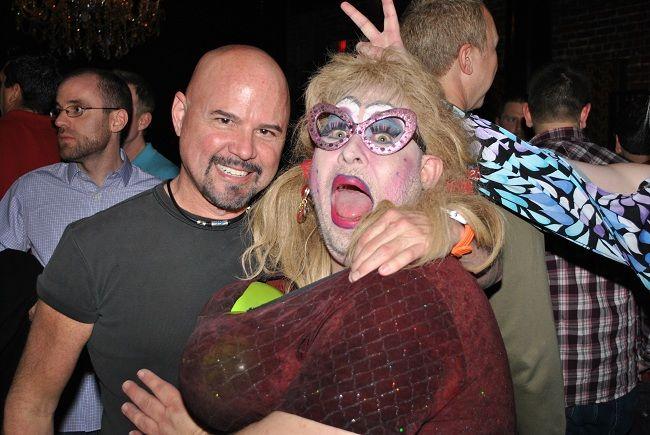 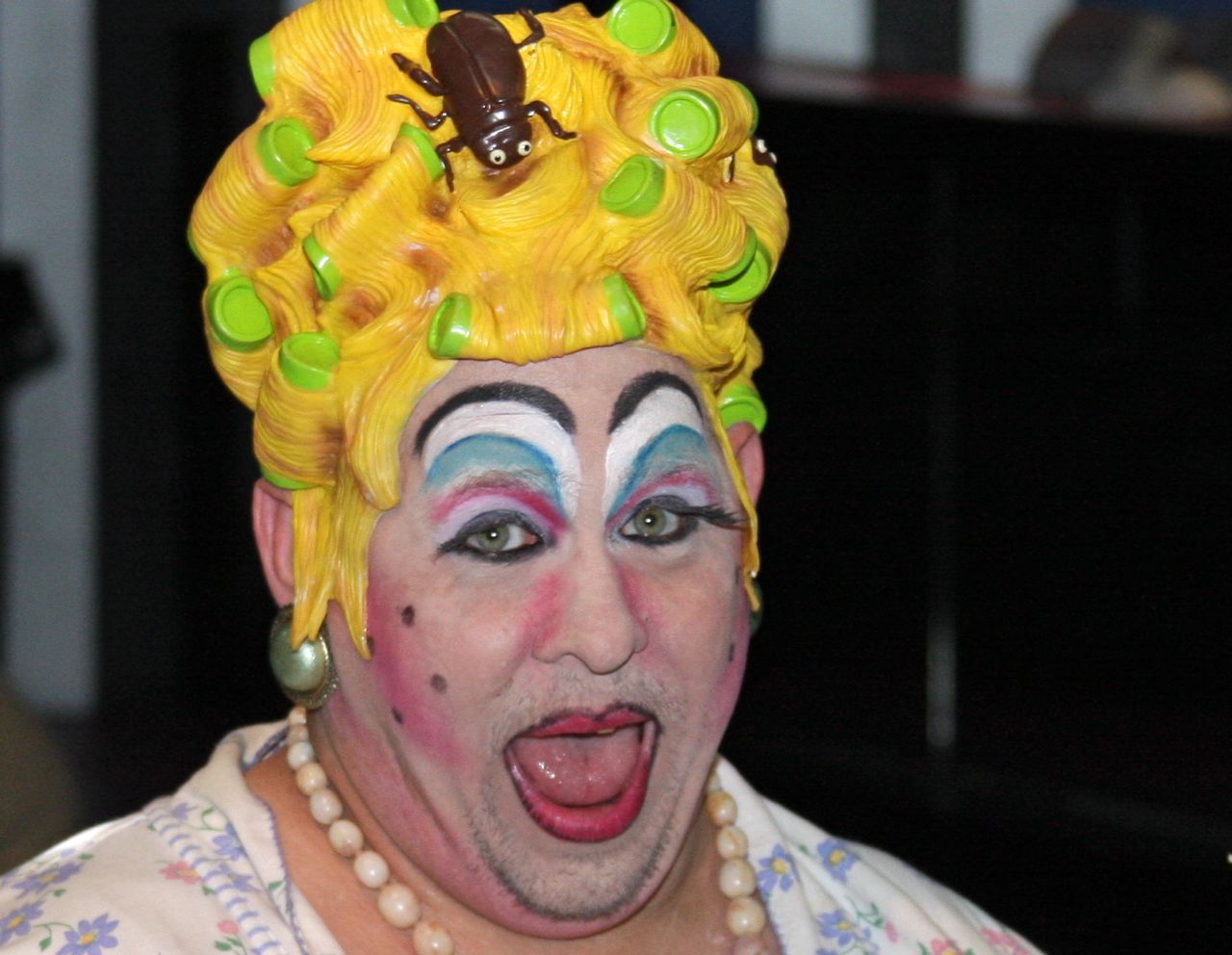 We'll hear that voice long after it’s left the stage. 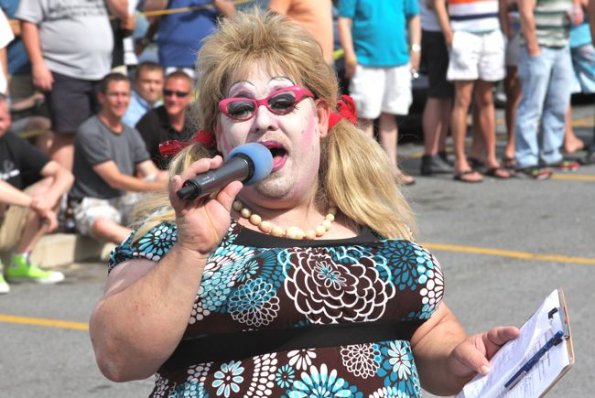 She always gets the last word:

and to all those people that have laughed at my antics since 1996 when I did my first Drag performance for the Armorette tryouts at the famous and missed Armory bar……Thank you for all the support that you have given me and for the wonderful life that I have had here. It wouldn't have been the same without you.

I look back and see the difference you made in my life, and the difference I made in many of yours. I never thought that putting on a dress and makeup, would have made such an impact in all our lives.

I remember a moment after a show at The Armory, when a guy approached me, that I did not know, and he told me that he was in the audience the week before. He also told me that he had every intention to end his life as soon as he got back from the show, because he couldn't take his life anymore. The next thing he told me, to this day makes me cry each time I think of it……He said that when he saw me perform, that it made him laugh, for the first time in a long time. And at that moment he realized that life was worth living, because of my performance.

That inspired me every time I stepped on stage, and made me do each song as though it would change one more life. Do you, not only entertaining, but in your everyday life, ever live to help make someone else have a better existence?

IF NOT, I challenge each and everyone of you to let this be your NEW YEARS Resolution!

That being said, the weekend of January 18 and 19 will be The Armorettes 35 Anniversary celebration with 3 shows. January 18 at Heretic, and January 19 at the Armory Reunion at Amsterdam that day, and that night At Burkharts.

Thank you for everything. See you there everyone!!!!

Video by Phillip G. via MySpace