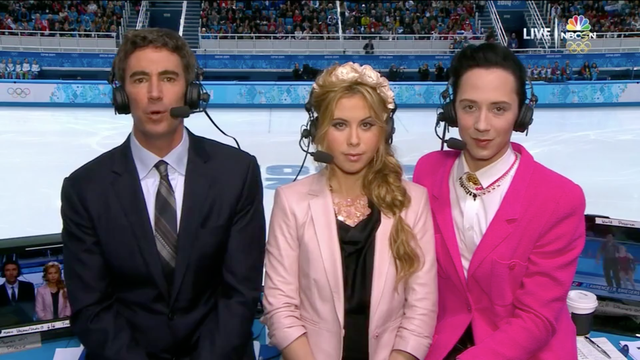 A touch of LGBT always finds a way to wiggle itself a place in the world. That goes for the 2014 Olympics in Sochi, even if President Putin doesn’t like it and Sochi’s mayor says that no gay people live there. As if.

Like it or not, and you do like it, the Olympics are way gay. No, not that. And not just the anti-gay hate broiling in Russia. And not only Atlanta’s gay-married connection to men’s Olympic figure skating (top photo, right) with his hot Russian husband and stand-out style.

Beyond the pageantry and sexy Olympic jocks, and even beyond the openly gay Olympians competing in Sochi, there’s plenty of gay to be had. Let’s break it down.

As expected, Ireen Wüst took the gold in 3,000 Meter Speed Skating. It’s a career third gold for the Dutch skater who won events in 2010 and 2006 and also has a silver medal. In news of the weird, anti-gay President Vladimir Putin reportedly “cuddled” with the bisexual skater. Did her girlfriend know? Wüst has eyes on two more races – and all LGBT eyes on her. 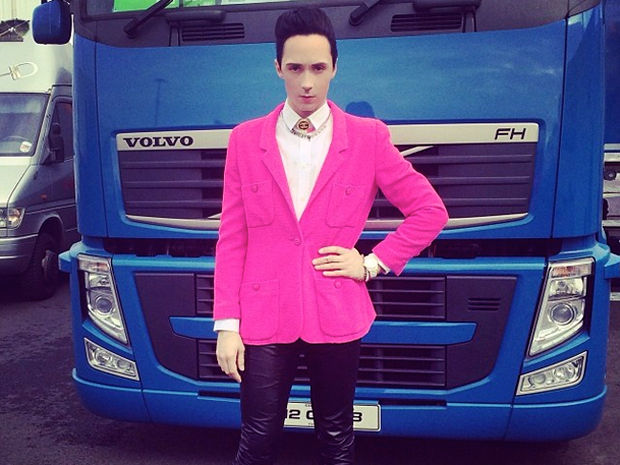 It’s a rare athlete who can make a statement for gay rights simply by existing. Clear the field, because that athlete is ex figure skater Johnny Weir. The color commentator brought enough jewelry to choke a horse, enough blinding blazers to costume a “Golden Girls” revival, and enough rouge to open his own drag cabaret. No peeps yet of his Russian transplant, Atlanta-raised husband. Maybe they'll donate these outfits to Emory. Either way, you go girl! 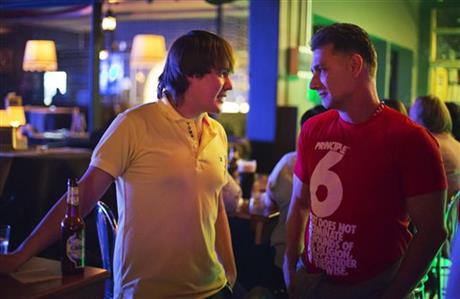 Speaking of drag cabarets, Mayak is Sochi’s biggest gay bar. When the mayor stupidly said that his city doesn’t have any gays, Andrei Ozyorny (photo, left, with out gay former U.S. diver David Pichler) wrote his honor a letter: “Nice to meet you; I’m one of them.” The drag queens and Ozyorny's boyfriend in this fascinating profile of gay life in Russia are just the tip of Sochi's LGBT iceberg.

Thrills of victory and agonies of defeat 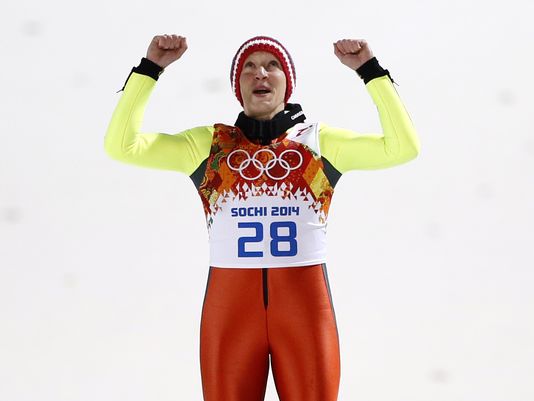 Besides Wüst, six more LGBT Olympic jocks are on the slopes, half pipes and ice rinks. Austria’s Daniela Iraschko-Stolz (photo) rallied gay fans Tuesday, taking the silver in ski-jumping. Otherwise, there hasn't been much gay celebrating. Slovenian cross-country skier Barbara Jezeršek finished low in the rankings, and Cheryl Maas is “bummed” about her 12th place finish in slopestyle. Perhaps most disappointing so far, Dutch speed skater Sanne Van Kerkhof (Wüst’s girlfriend) ate it during the relay semifinals and is considering ending her athletic career. 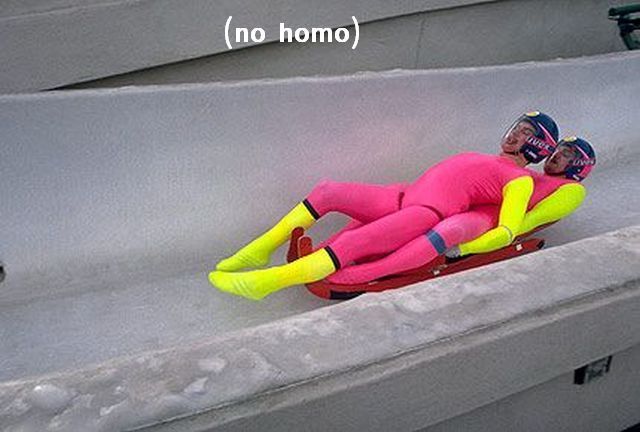 While the IOC is remarkably unmoved by calls for a statement about Russia’s gay hate, the Canadian Institute of Diversity ad now famously takes a pro-gay, spandex-clad jab at the same-sex humping that goes on in luger doubles. At least one American luger butt-ached over the ad calling him gay. His teammate got it right: “We’re two dudes, laying on top of each other in spandex,” he said. “Of course people are going to make fun of it.”