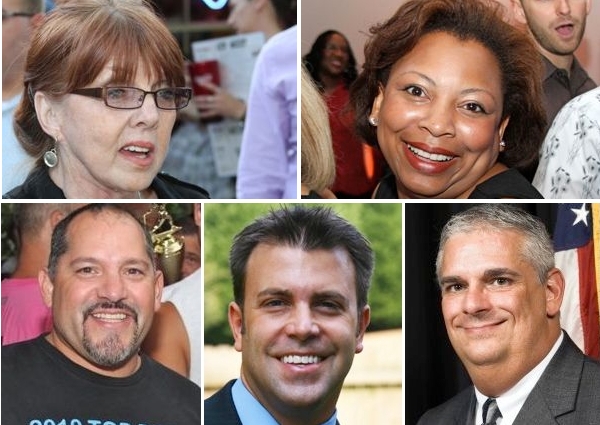 It’s another shining moment in democracy. Voters head to the polls Tuesday and there’s a critical issue at stake in 51 metro Atlanta jurisdictions, except for you teetotalers in unincorporated DeKalb: Buying your booze on Sunday. Oh, and at least five gays are running for office, too.

Let’s get to the important stuff first. If you live in the City of Atlanta, Decatur and scores of other places with your fellow gays, you can give the final OK for your little slice of heaven to sell booze, wine and beer in retail outlets on Sunday. Once you say yes, then in January you can Sunday brunch at home with no sudden panic as guests arrive because you forget to get the Vodka for the Bloody Marys.

Gays in Atlanta should give thanks to City Council member Alex Wan, the council’s long gay rep, who pushed for the vote and Mayor Kasim Reed, who gave his OK for the issue to go before voters.

Beyond that on Tuesday, if you’re a gay and live in portions of East Point, Decatur, Milton and Savannah, you can cast your ballot for a gay or lesbian candidate. Three are incumbents, so you could add two more to the state’s not-so-long list of openly gay elected officials.

“While many people have begun to focus attention on the 2012 presidential race, very little attention is being paid to the fact that some very important elections will be taking place this year,” Georgia Equality recently told its supporters.

East Point: This burb south of Atlanta, always rich in political controversy and progressive gay-friendly policies, already has a gay on its City Council – Lance Rhodes. He’s hoping to best two challengers and pick up a third term. Ken DeLeon wants in on the council action, too, and is making his second run for the City Council. He lost by six points in 2009 and faces two other candidates on Tuesday. Georgia Equality has endorsed Rhodes and DeLeon.

Milton: Alan Tart, the quietly gay City Council member, wants a second term. Lance Large stands in his way and there’s been some political fireworks in the race, but not over Tart’s sexual orientation. It’s over horses. In this north Futon enclave, the political discourse is not about any Occupy Milton effort but keeping their equestrian character. Georgia Equality endorsed … oh, wait. Tart gave LGBT groups the finger in his re-election campaign, just like his initial successful run.

Decatur: Kecia Cunningham is seeking another term and, yep, she’s got it. She’s one of three city commissioners up for re-election that face no opposition. Congrats, lady! Thanks to you, the gays notched their first win this election cycle.

Savannah: If you attended Savannah Pride this year, you know there are some gays in this coastal city. Now, they are pushing one of their own, Pam Miller, for the City Council. She’s picked up the endorsement of Georgia Equality and the Gay & Lesbian Victory Fund named the campaign among its 10 Races to Watch this year. Miller has come to Atlanta at least twice to meet more gays and pick up some campaign cash.