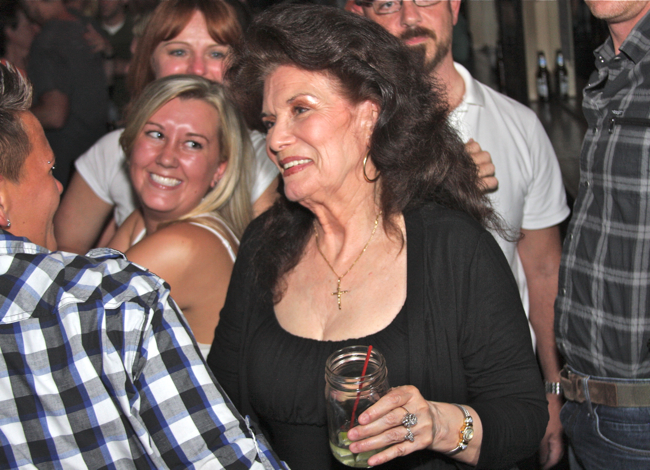 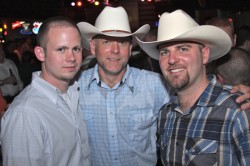 A packed crowd filled 3 Legged Cowboy on Saturday as the Midtown bar danced its last dance and closed its doors, the second time in recent years that a gay country bar in that space has been shuttered.

There were plenty of cowboy hats and boots, along with fond memories of the space that has housed both 3 Legged Cowboy and its predecessor, Hoedown’s. The bar shut its doors just six days after its owners announced on Facebook that it was closing without providing details, other than to say they hope to reopen sometime in the future in a new location.

On Saturday one of the bar’s owners, Deana Collins (top photo), took to the dance floor to deliver an emotional farewell to employees and customers. 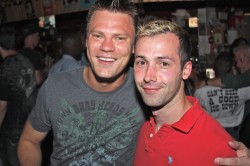 Collins didn’t hint at future plans for the bar, but did jokingly allude to her next steps.

“I don’t know what the hell I’m going to do. I think I need to write a damn book. I think it’d make a best seller,” she said. 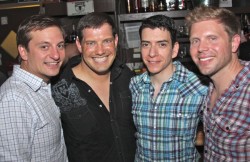 On April 24, the bar posted a short note on its Facebook page announcing it would close its gay country doors on May 1.

“Rumors are true,” the bar said. “We have sad news. Saturday, April 30th will be our last night open. Make sure to come this week and dance. We love everyone of you and appreciate the support over the years. Spread the word.”

Supporters posted their reactions to the news, from expressing sadness over the closing to wondering where to go for their country fix once 3 Legged Cowboy was closed. Several customers shared their favorite memories of the bar with Project Q Atlanta. 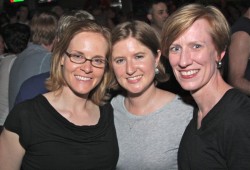 Woody says it was the night of his 30th birthday:

My best memory of the place was my 30th birthday party, back when it was still Hoedowns. And absolutely unforgettable night, full of friends and music and laughter. The staff of the bar did all the hard work to make my birthday spectacular. Thank you so much to Deana, Sheila, and the old Hoedowns crew.

Cliff says the bar made him feel “right” as he came out:

A couple of my sweetest memories dancing in Atlanta were made at Three Legged Cowboy. Shortly after coming out several years ago, a handsome, brawny gentleman asked me to dance at Three Legged. He whisked me across the floor that night & when the songs were over, I smiled thanking & telling him that he “knew how to make a man feel like a lady.” It was one of my first times of feeling “right” in my own skin – dancing the night away with the person with whom I really wanted to dance without any fear of being belittled or ostracized. 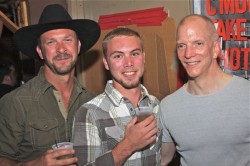 On April 25, the bar said it was looking for a new location but did not elaborate.

It’s not the first time the bar has closed. It shut its door abruptly on Aug. 13, 2007 when it was named Hoedown’s and owned by gay businessperson Ben Elliott and his family, which had become the majority shareholder. The contents of the bar were sold at public auction about a year after Elliott purchased it. The space was later reopened as 3 Legged Cowboy with some of the management that owned Hoedowns prior to Elliott.