Over the roar of Hollywood rumbling through Atlanta, you heard right. One of Tinseltown's sexiest hunks is going to pour an extended stay all over us, and local gay fans couldn’t be more thirsty for it.

Perhaps you shudder just hearing the name Ryan Gosling, or you’re a fan of his Oscar-nominated acting in “Drive,” romantic character in “The Notebook,”  or creepy dude in “The Place Beyond the Pines.” Maybe your brain simply goes immediately to those shirtless images from “Crazy Stupid Love.” Whatever your interest, your chance to see him in person goes way up in November. That’s when Gosling hits town with Russell Crowe to film the thriller “Nice Guys.”

Atlanta's Hollywood homos are ready. We honed our celebrity stud stalker skills to a fine point on the likes of Joe Manganiello, Jake Gyllenhaal, Hugh Jackman, Wilson Cruz and Vin Diesel. In Gosling’s case, we claimed our Morning Fix of flesh in 2012, and we watched the rabid Team Gosling reaction when he was beat out for the gayest Sexiest Man Alive last year and the year before that.

Forget Eva Mendes and that impossibly beautiful baby they're having. Gay men need their fantasies, and once Gosling gets here, we're ready to catch him in the act of pretty much anything.

Of course we’d love to catch Ryan at the gym. 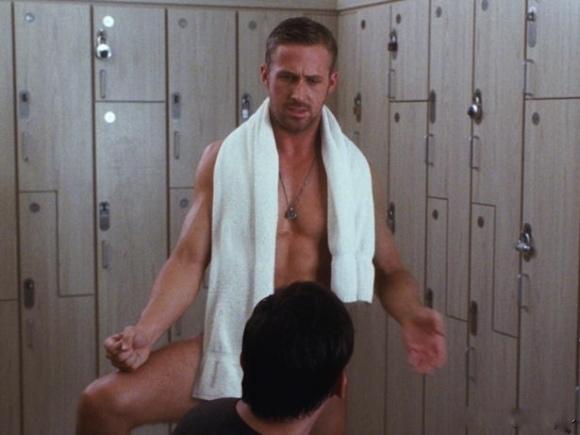 But just waiting around would work too.

Or holding up an archway. He's good at it.

Or reading something stuffy. On a bed. 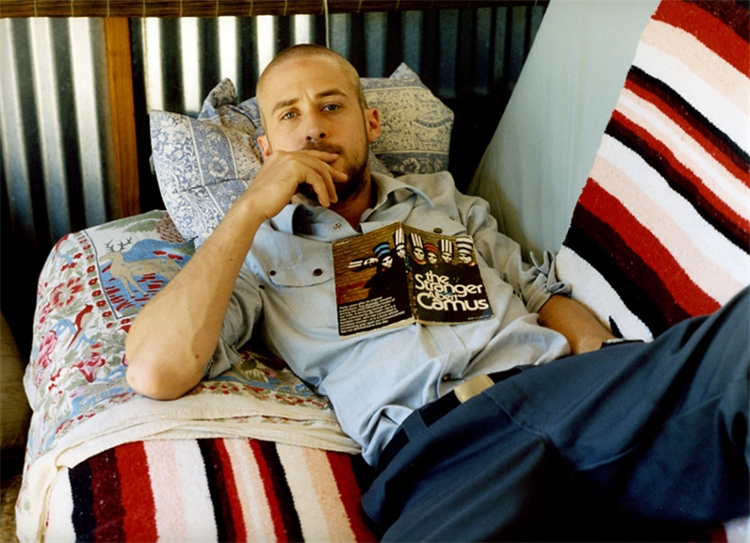 Or practicing his Joey Tribbiani ‘Smell The Fart’ Acting.

And all we'd think of is this. 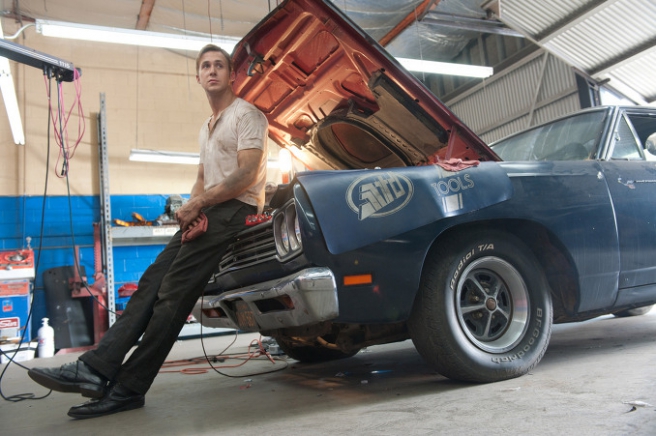 Then we may or may not make an indecent proposal.

Running into Ryan would be, what? Everything.

Then we'd want to climb on and, what? This. 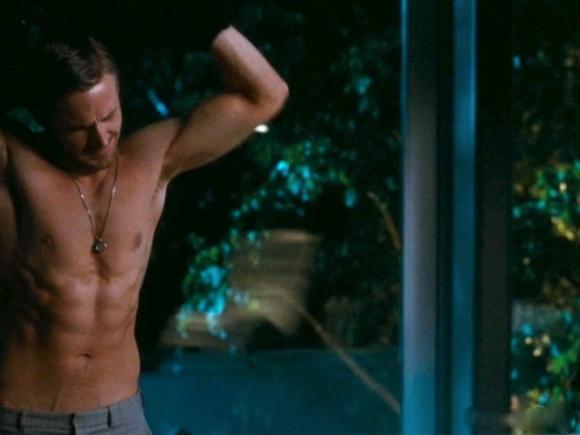 Maybe afterward, Ryan would sing us to sleep.

And the next day he’d take us to that spot. 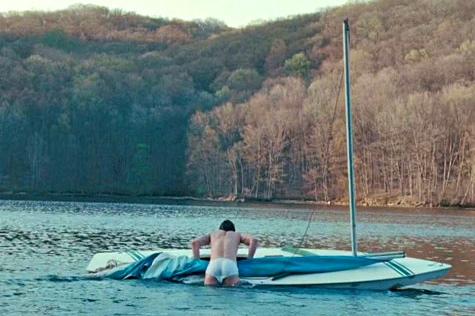 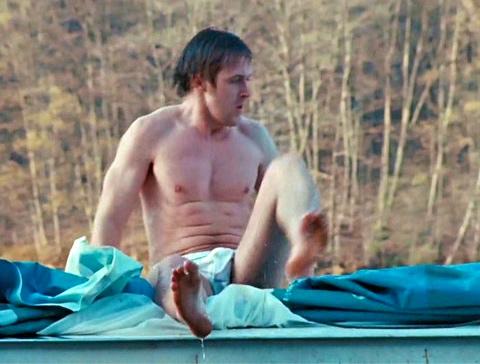 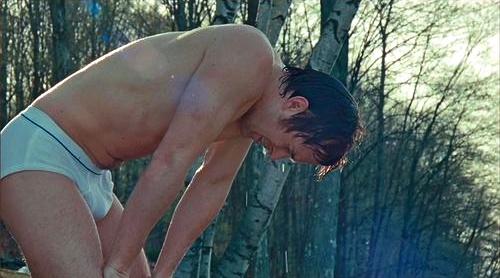 Then he’d convince us to skinny dip.

Fine. Maybe Atlanta is more likely to catch him driving. 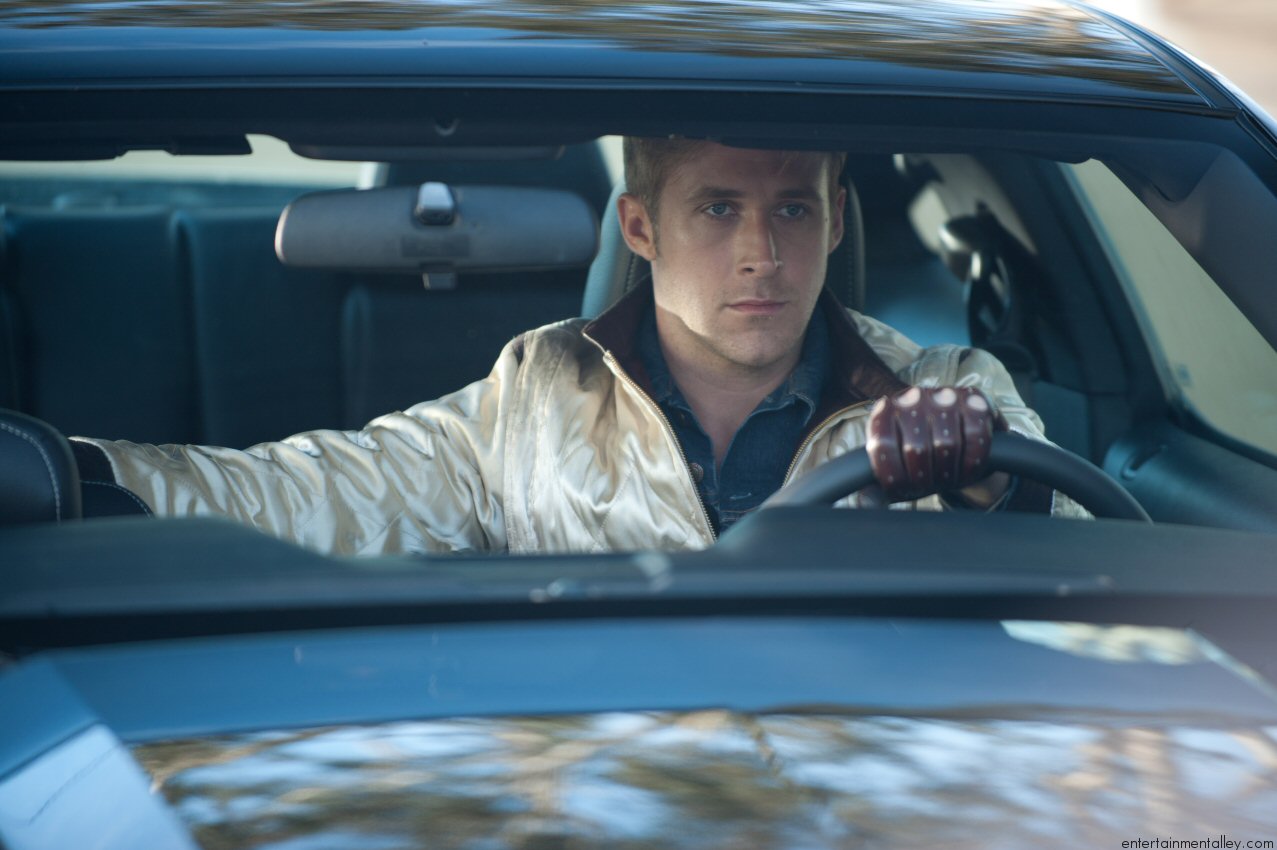 Or smiling that smiley smile that he smiles so well.

Or laughing that shruggy-squinty laugh.

Or maybe we’d catch him smoldering. 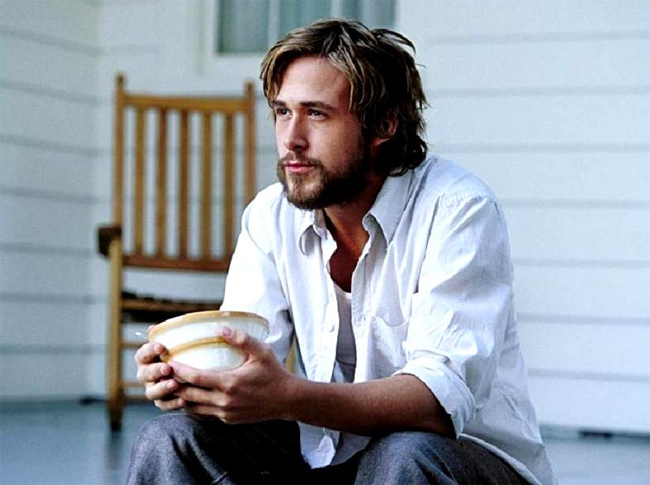 Here we go again, because we’re like, it’s on.

Ryan says it was good for him. But is he sure?

So good, but he has a movie to make. 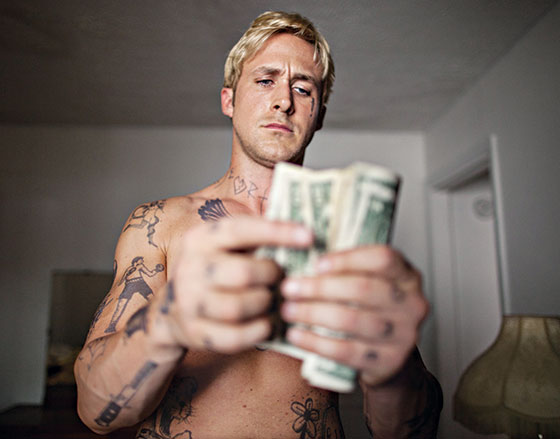 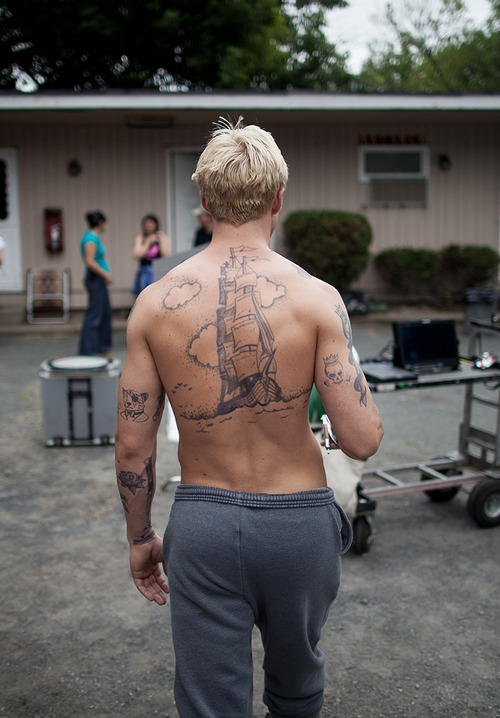 But he’ll be back. We’ve got our eye out.