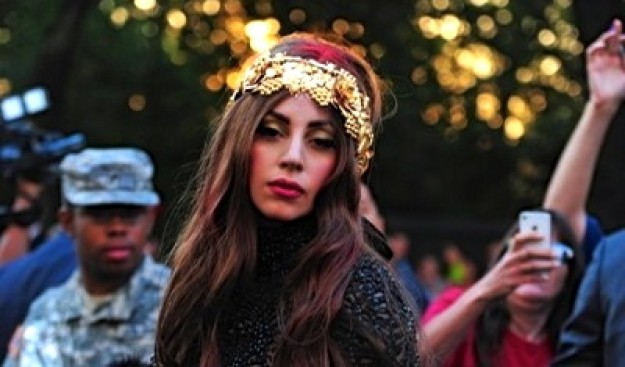 Rejoice, fellow gays: Concert tickets for the March 11 Born This Way Ball in Atlanta went on sale Friday. After a break of sorts from her media omnipresence of 2011, Lady Gaga appears primed to re-saturate 2013 with her next move.

Other than some well-placed hits and headlines and a chance to smell like Gaga to make sure she stays at the forefront of our awareness if not our immediate consciousness, 2012 has been a Gaga break of sorts for gay U.S. fans. Think back to last year. Not a day went by without a new tidbit for us to devour. And Gaga appears poised to do it again next year.

The first Year of Gaga spanned from the early 2011 release of “Born This Way,” daily headlines on her every move, the HBO Monster’s Ball special, an Atlanta stop at a gay-owned hipster joint, and on and on all the way through a holiday TV special. 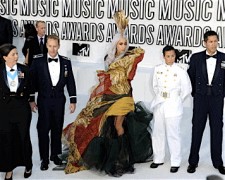 Never has a one-of-a-kind gay icon been more specifically gay friendly. No, not even Madonna. Though it’s close. More on that in a bit. As if you need a reminder about why gays go goo-goo for Gaga, here are just five of her gayest moments that we’ll never forget:

• DADT soldier. The repeal of “Don’t Ask, Don’t Tell” didn’t happen until after Gaga took four gay troops as escorts to the VMAs (second photo). Not that she single handedly changed the law. Or wait…did she?

• Instant gay anthem. When Lady Gaga tells the world you were “Born This Way” baby, you better recognize. Duh.

• Bullied buddy. From her Born This Way Foundation to spreading her own story of peer abuse, Gaga brought tears and inspired thousands when gay teen suicide was at the tippy-top of top international news.

• Chrome-plated empowerment. Ever the crusader for outsiders and misfits as well as expert promotion strategist, Gaga brought tears by flooding TVs with the gay-inclusive Google Chrome ad and its message “You are all beautiful.” 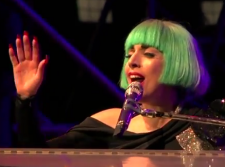 • Pride performance. Nothing says “I love my gays” like a set at Pride. A million of the singer’s gay Italian fans mobbed Rome Pride (bottom photo), where she also made a speech calling to her “revolutionaries of love” for “full equality now.”

In 2012, Gaga continued to have our backs. Just last week, she told the pope to shut the fuck up about gay marriage. But maybe we were even more interested in that pissing match with Madonna that turned into a truce with calendar-syncing talks to plan a Mother Monster-Material Girl joint concert.

And the gay world explodes. Again. Just like it did when she hit Gwinnett Center in 2011, and the Fox in 2009. Tickets to the third local concert and invitation to the Born This Way Ball are going fast. As of this writing, $200 Level 1 primo’s are still available at Philips Arena on March 11.