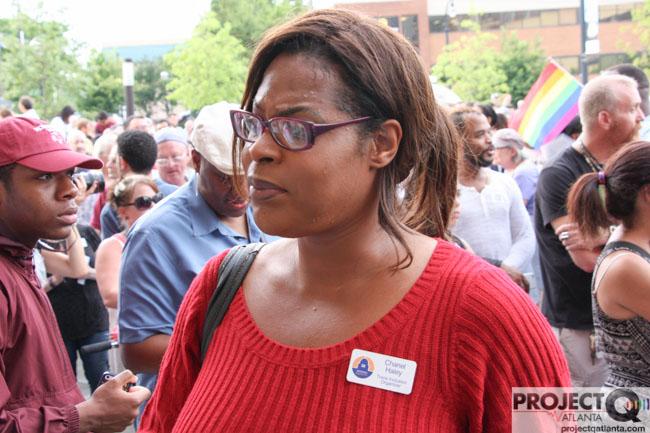 The state’s strict voter ID laws could keep tens of thousands of transgender Georgia voters from taking part in elections on Nov. 6.

A recent Williams Institute study noted that 34 U.S. states have voter ID laws, which require voters to provide an acceptable form of identification before casting a ballot. Georgia is among eight states – five in the South – cited by the report as having the most strict voter ID laws in the country.

There are 37,050 voting-eligible transgender people in Georgia and 20,400 of them – 55 percent – have no updated identification or records that accurately reflect their gender, according to the report. That means they may face substantial barriers to voting at the polls and possible disenfranchisement in November.

That is a nearly 80 percent jump in the number of transgender Georgia voters the institute said could have been impacted in the 2016 election.

The institute said that an estimated 136,900 transgender people will be eligible to vote across those eight states, with 78,300 at risk of having their vote go uncounted on Election Day.

“This estimate is higher than our prior estimates for the 2012, 2014 and 2016 general elections, likely due to the availability of better data on the status of names and gender markers among transgender people,” the report said.

“In order for these 78,000 voting-eligible transgender people to obtain the updated IDs required to vote in the November 2018 general election, they must comply with official requirements for updating their state-issued or federally-issued IDs,” the institute added.

Chanel Haley (photo), gender inclusion organizer for Georgia Equality, pointed transgender voters to the organization's Transgender Voter ID Toolkit. It includes information on how to register, what counts as a valid ID, information on provisional and absentee voting and more. The deadline to register to vote is Oct. 9.

“If the name on your identification document is different than the name on the precinct voter registration list, you are not registered to vote,” Haley said. “Never leave a polling location without voting, even if it's by provisional ballot.”

The Williams Insitute study comes as Georgia voters face a tight race for governor between LGBTQ ally Stacey Abrams and her opponent Brian Kemp, who supports anti-LGBTQ “religious freedom” legislation. If elected, Abrams would be the first African-American woman to serve as governor in U.S. history.

Several other important statewide races are at stake as well.

There are also competitive races in metro Atlanta’s 6th and 7th Congressional Districts. The 6th District race features incumbent Republican Karen Handel, who believes LGBTQ parents shouldn’t be able to adopt in addition to having other anti-LGBTQ views.

Progressive nonprofit 159 Georgia Together marks 15 state House seats and four state Senate seats that could flip from Republican to Democrat.