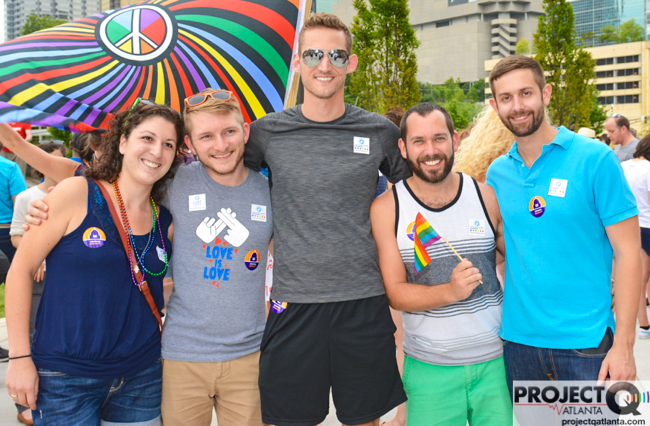 Below, click the headlines for a sampling of the most popular posts on Atlanta’s home site for daily queer news, photos, events and buzz since founder Matt Hennie launched Project Q Atlanta on Sept. 1, 2008.

On Sept. 10, 2009, five years of Project Q coverage over one incident began when eight people were arrested at the Atlanta Eagle. Ultimately vindicated in court, the incident sparked mass LGBTQ protests, firings and sweeping new policies at Atlanta Police Department.

Transgender performer Lateasha Shuntel was found dead in November 2015. Her passing erupted into an outpouring of community emotion. Two years later, Project Q was there when a woman was found guilty and sentenced to 11 years for illegally injecting Shuntel with silicone that made its way into her blood stream.

A 2010 scandal enveloped the Atlanta mega-church pastor when five men accused him of coercing them into sex. Years of trials, denials and book deals were ongoing until Long’s death in 2016.

Project Q was there for a sit-down meeting called by “RuPaul’s Drag Race” winner Sharon Needles in June 2012 to dialogue with LGBT Atlanta detractors of racial imagery in her act and use of the word N-word. It got heated as Atlanta prepared for a Needles appearance and protest outside the club.

A national flood of emotion over and celebration of the June 26, 2015 Supreme Court ruling to legalize marriage for gay couples turned into a local flood of partiers in Midtown.

Sassy street performer Baton Bob took to Midtown streets in a wedding ensemble to celebrate the Supreme Court revoking the Defense of Marriage Act  in June 2013. During his one-man march, he had a scuffle with Colony Square security that escalated when Atlanta police responded, leading to his arrest. Bob dragged out the drama for a good long while.

The lesbian chef and founder of Ria’s Bluebird took down a church lady from New Orleans, a cocky guy who chases ghosts and some dude who nearly chopped off his finger on an episode of Food Network’s “Chopped” in Nov. 2012. It was one of many public successes for Pell, who died with a huge outpouring of grief a year later.

After weeks of controversy over racist social media posts, Burkhart's closed its doors for good in February 2018 and ended a decades-long run as a popular Midtown gay and drag bar. Midtown Moon officially opened in its place in May under the same owners as Oscar’s Atlanta.

Gov. Nathan Deal in March 2016 vetoed a controversial “religious freedom” bill after delivering a nearly nine-minute statement during a news conference. Watch his full statement at the link.

Hundreds of LGBT Atlantans commemorated the victims of the gay nightclub massacre in Orlando in June 2016 with two vigils in Midtown, including one so large that it prompted the closure of a portion of 10th Street.

Why these Atlantans come out as HIV-poz on Grindr

Thank you for an amazing 10 years, Atlanta! We look forward to serving you fresh LGBTQ Atlanta content daily right here at theQatl.com.