20 for 2020: LGBTQ Atlantans with year-round Pride 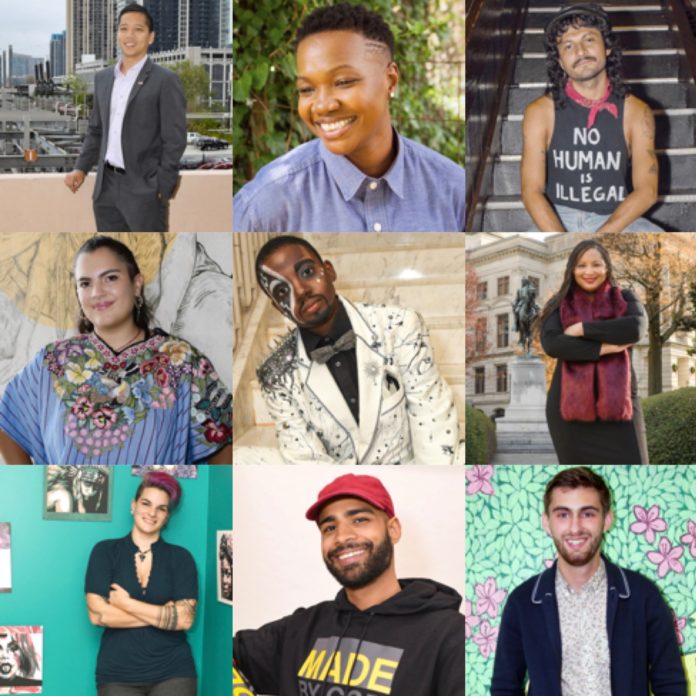 Nothing says LGBTQ Atlanta like its people, and especially in a year of twists and turns, it’s nice to stop, rest on their laurels in moments of doubt, and recognize some of the best during Pride Weekend.

For Atlanta Pride 2020, we present 20 portraits of Atlantans who make the city better through their life’s work.

These community members show their Pride on our site and on our pages all year, every year. Below, we revisit some of our favorite Q profiles — from creators and musicians to healthcare pros and performers, from activists to social justice warriors — all adding their true colors to Atlanta’s tapestry.

Click on the links in their bios for the full interviews.

All photos by Russ Bowen-Youngblood for Project Q and Q Magazine unless otherwise noted. 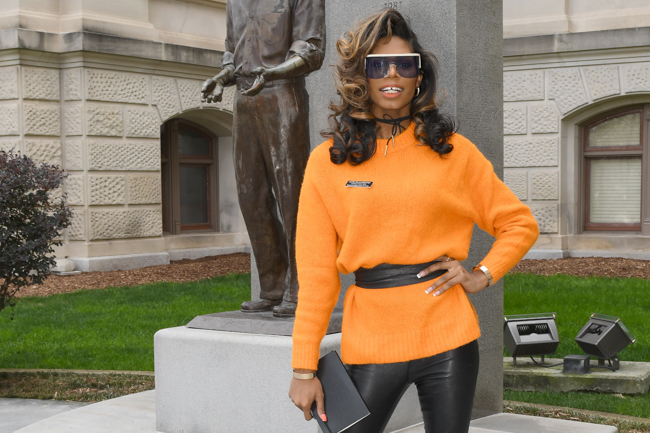 The name Jennifer Barnes Balenciaga stands out for several reasons. The downtown Atlanta resident is a member of the House of Balenciaga, a major force in black queer ballroom. She’s also an Atlanta HIV activist and the LGBTQ liaison for queer state Rep. Park Cannon. Read her compelling history. 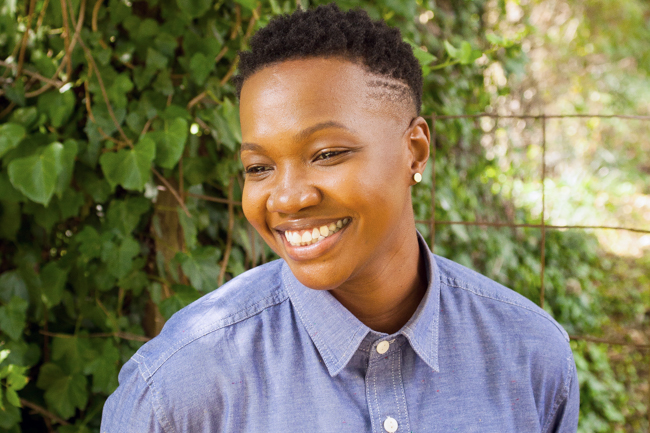 Adah-Duval Pittman-Delancey has a unique job title: “Atlanta Bike Champion.” But that best sums up her work with the Atlanta Bicycle Coalition, which works to make the city a better place to navigate when on two wheels instead of four. The 36-year-old Grant Park resident could also claim the title “Queer Youth Champion,” because in addition to biking advocacy, the do-gooder serves as a board member for Prism, Teach for America’s LGBTQ initiative. Read our interview. 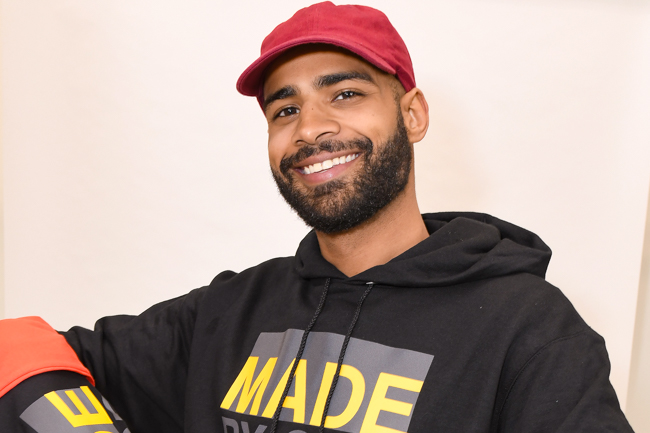 Jeremy Jackson has a message for you. More than one, in fact, and you can show any of them off on his line of clothing and other merchandise available all over LGBTQ Atlanta. If you don’t know the Atlanta designer, you just might know his t-shirts, hoodies, bags, outerwear and mugs. The Mango Drip. The line is carried at Brushstrokes, Crafted, Bill Hallman and other popular Atlanta retailers. Follow his inspiring rise from homelessness. 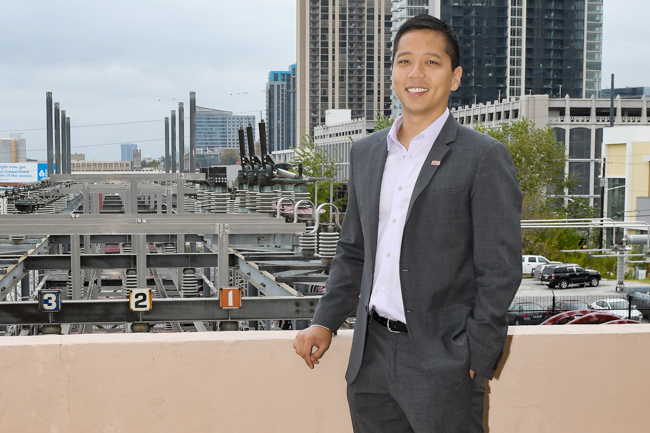 Sean Young rode a long path to accepting his sexual orientation, but once he did, he made up for lost time by advocating for LGBTQ rights across the country. Among his accomplishments, the legal director of the American Civil Liberties Union of Georgia spoke out against anti-LGBTQ adoption bills at the state Capitol, advocated for LGBTQ-inclusive civil rights legislation and written articles on his family subjecting him to “conversion therapy.”  Read his Q Q&A. 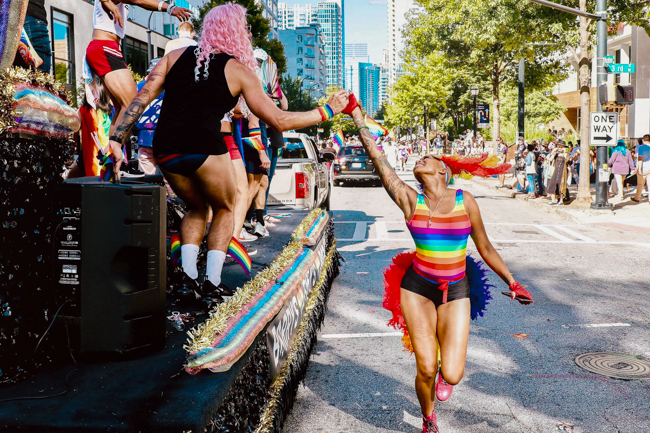 If you recognize but can’t quite place Brandé Elise, you might remember her as the ex of a former Atlanta Dream star, as a Creative Loafing Lust List honoree, or you might even know her voice. The bisexual beauty does voiceover work you definitely have heard, plus she her partner also founded Unoia, a CBD lifestyle brand, in 2018. Read our Q Cover Story. 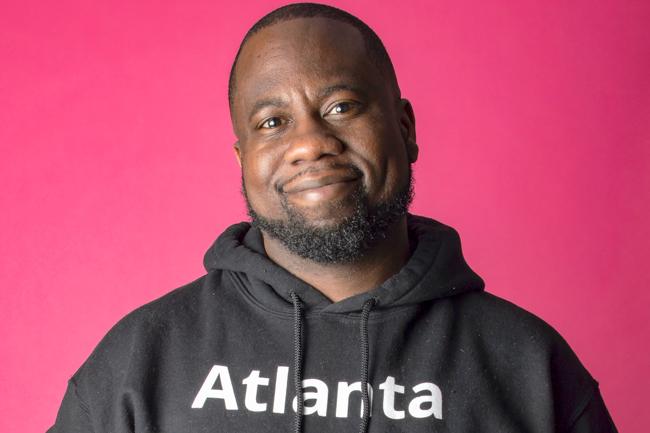 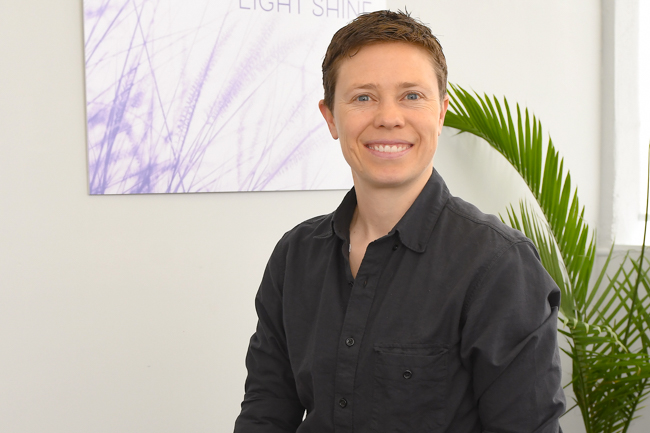 When Izzy Lowell moved from Massachusetts to Atlanta in 2013, the gender nonconforming physician noticed limited healthcare options for transgender people. The doctor is in. After conducting the Gender Clinic at Emory, she sprung into action with her own office, called QMed, in 2017. Read her Q Q&A. 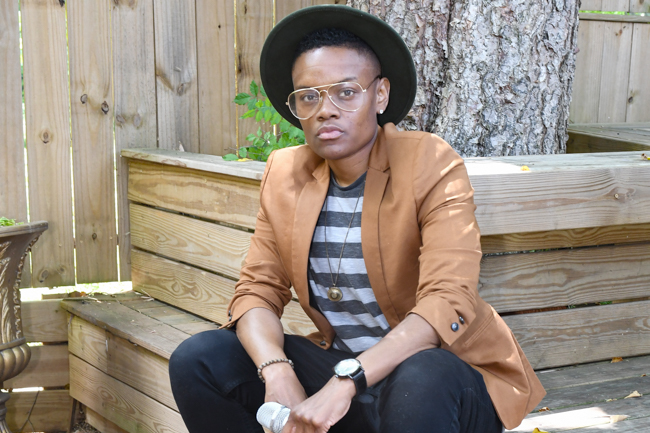 Royce Hall wants to save lives through his art, and he takes a number of avenues to do so, be it as a recording artist, actor, poet, photographer or sketch artist. The transgender Atlanta resident connected with Q to discuss his internal struggles, the responsibility of creating safe spaces for LGBTQ artists, and his inspiring shows. Here’s his life story. 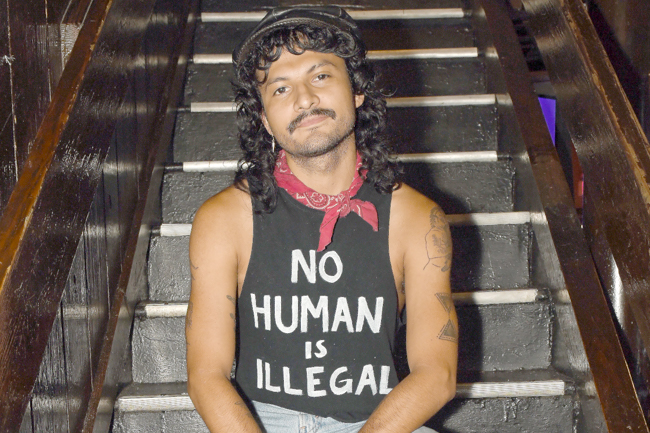 Kenneth Figueroa is a man on a mission. He came a long way from the “huge anti-social goth kid” growing up in Acworth, Ga to becoming queer Atlanta’s own DJ Esme. Figueroa began his music career in Atlanta’s punk and goth scenes before making the switch to the DJ booth, where Esme was born. Figueroa is also a hairstylist at Melrose & McQueen in Old Fourth Ward, and he co-founded the wildly popular Latinx party La Choloteca in 2016. Find his antidote for “toxic and abusive” queer Atlanta nightlife. 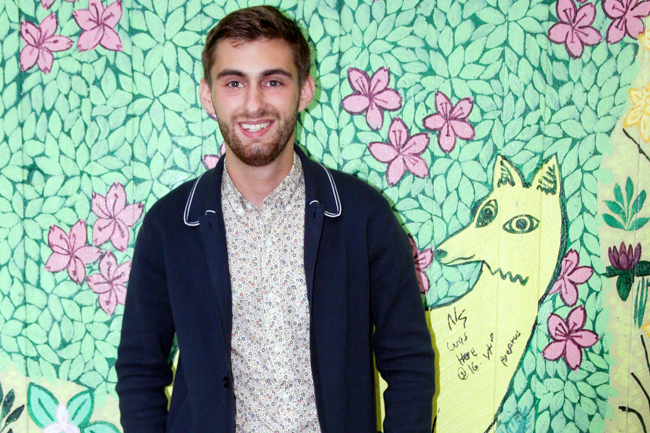 Charlie Paine’s passion for preservation was ignited as a teenager when he pushed Emory to save a century-old building. Now his attention is focused on saving LGBTQ Atlanta’s history and historic places. Paine’s work as secretary of Historic Atlanta and chair of its LGBTQ Historic Preservation Advisory Committee earned him a $5,000 fellowship. Read about or listen to his Podcast Q interview.

Art itself inspires the creation of new artists, and that’s what happened with drag performer Perka $exxx, the king scene’s self-professed class clown. The queer New York native created his persona after seeing a drag show at Atlanta Pride in 2017. It took a little time performing before an epiphany made him realize who King Perka $exxx truly was. Follow his rise through the ranks. 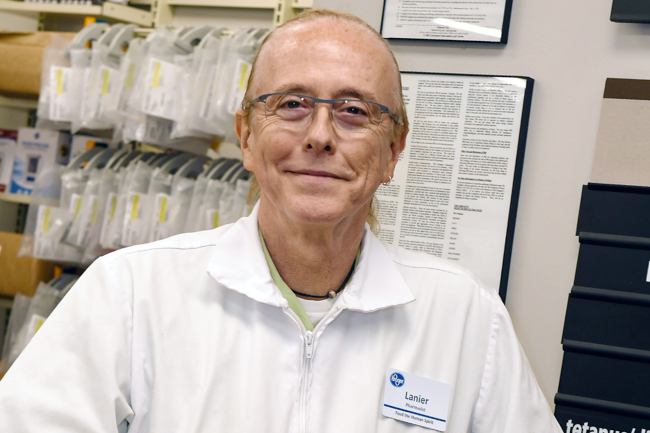 When you’ve run a pharmacy in Midtown Atlanta for decades, you’re bound to see some things. Lanier Mull saw a lot. Kroger hired the out Copperhill, Tenn., native to be pharmacy manager at the Ansley Mall location in 1999. He set to work running it like a small-town pharmacy, greeting every customer with a warm smile and learning their name. Many know him on a first-name basis as well. Here’s his rich history. 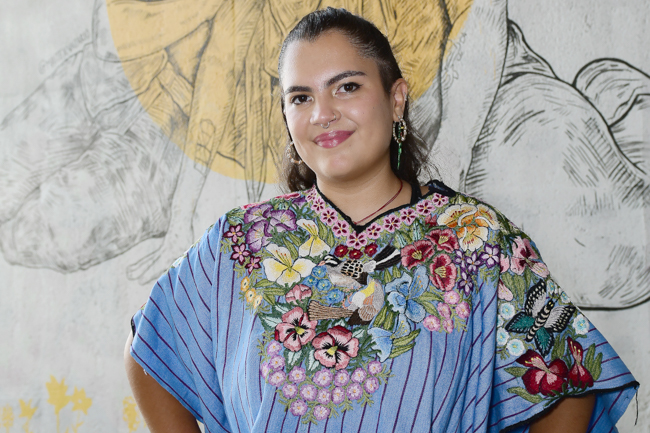 At just 19 years old, Maite Nazario makes her mark on Atlanta’s art scene by celebrating queer and trans people of color. The queer, gender nonconforming artist was one of five LGBTQ artists chosen to collaborate on a mural for Living Walls’ “Start Talking, Stop HIV” campaign. The piece greets visitors to the Beltline’s Westside Trail at Cascade Road and White Street. Read her amazing story. 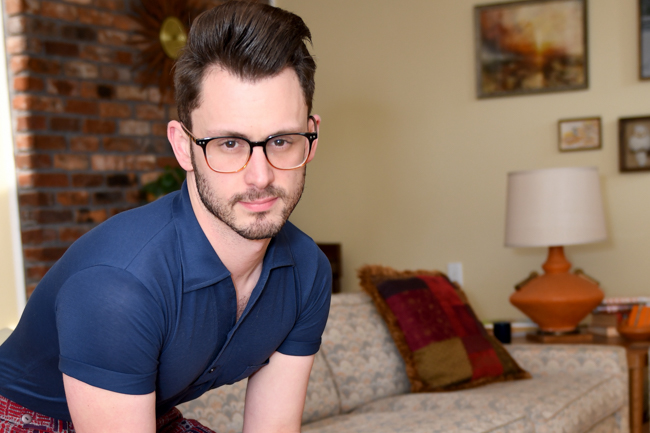 Gay Atlanta native Nick Battaglia is an actor and freelance designer, but he’s gaining popularity for his alter ego — That Vintage Guy. You can find fabulously curated vintage housewares, as well as men’s and women’s clothing, at ThatVintageGuy.com, and his Instagram page is a must-follow. Read about his vintage life. 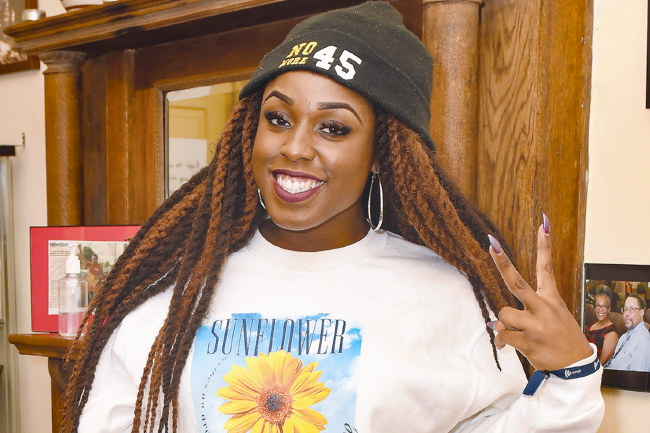 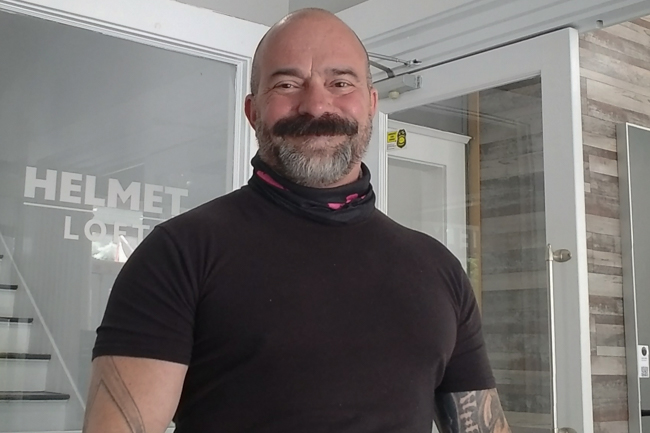 While most of LGBTQ Atlanta was busy scrolling through memes about going without haircuts, one of the most popular places to get one took the time to refresh its spaces and really think about what the new era would look like. Randy Addison owns Helmet Hairworx in Midtown and Virginia-Highland, and he considered quarantine and the state closures of his businesses as an opportunity. Here’s how he emerged from lockdown with a new look and new outlooks. 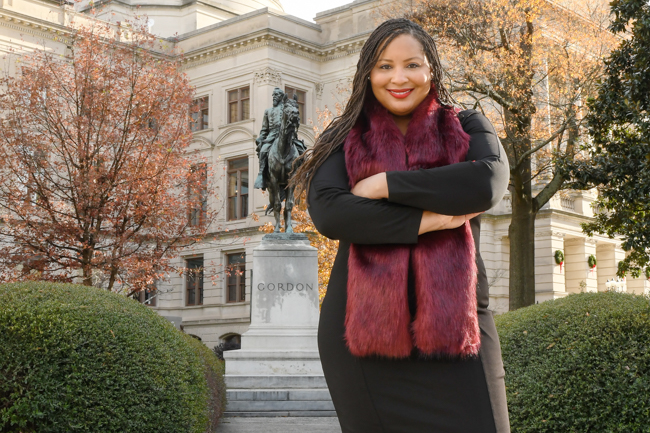 When Renitta Shannon came out, the timing couldn’t be better. A Democrat state representative from Decatur, Shannon was frustrated by an October 2017 vote from the Trump administration against LGBTQ people. Read how she’s always ready to “fight and win” and what she said about disparities in the Age of COVID. 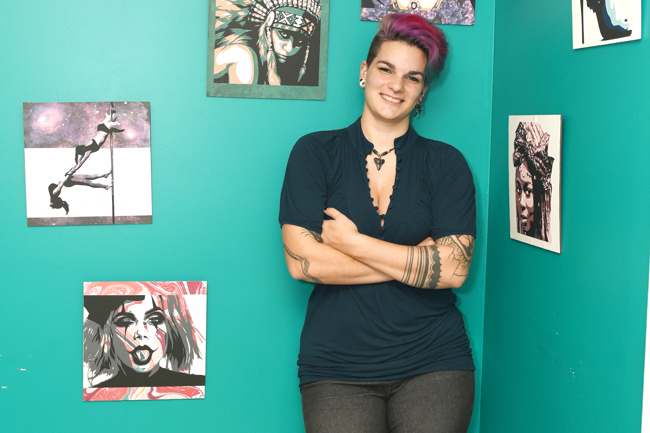 Riley Mayhem developed her own method of creating paper portraits when she was in high school, then made the leap to become a working artist about a decade later. In the two short years since then, she doing commissions and doing shows. Mayor Keisha Lance Bottoms even chose Mayhem as one of the 20 artists featured in an LGBTQ-themed exhibition at City Hall last summer. Here’s how she created her own niche. 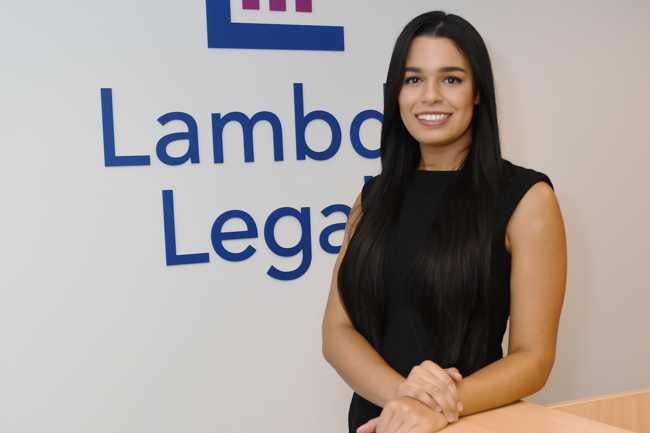 As a bi-racial African-American transgender woman, attorney Taylor Brown had a lot working against her on the path to becoming the Tyron Garner Memorial Fellow at the Southern Regional Office of Lambda Legal. She’s all about fighting fire with fire. 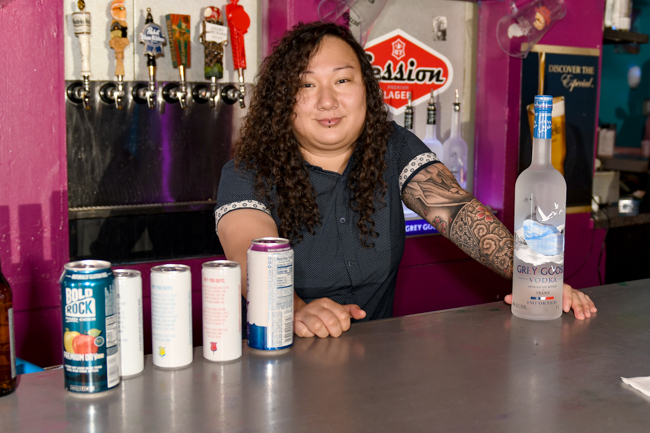 Thuy Nguyen (pronounced “twee win”) is a queer Atlanta bartending veteran with serious skills. In fact, her expertise comes with a crown. In 2016, Nguyen won the Atlanta leg of the Stoli Cocktail Classic competition for America’s best LGBTQ bartender. At both BJ’s and Frogs, she’s known for slinging drinks and spreading love.

After knockout rounds that lasted all year, the monthly winners of the New Faces contest threw down their best numbers in a pageant for...
Read more
Q ATLus

Once you're done Turkeying or refusing to Turkey, gay Atlanta is ready to usher in your long weekend with shows, soirees and special guests. Keep...
Read more

After knockout rounds that lasted all year, the monthly winners of the New Faces contest threw down their best numbers in a pageant for...
Read more
Q ATLus

The City of Atlanta once again earned a perfect-or-better score on the Human Rights Campaign’s Municipal Equality Index for 2021. Other Georgia cities made...
Read more
Load more
17,446FansLike
7,001FollowersFollow
7,682FollowersFollow