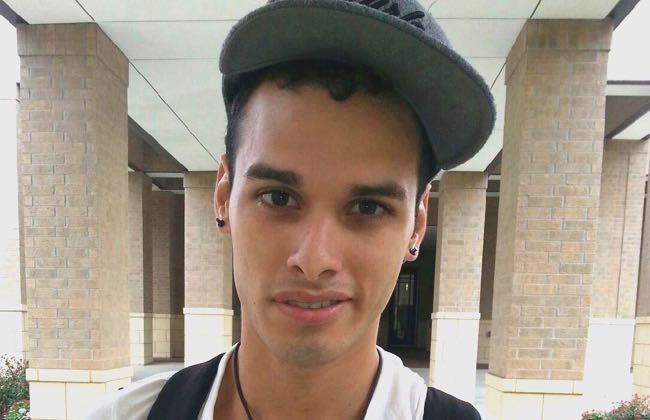 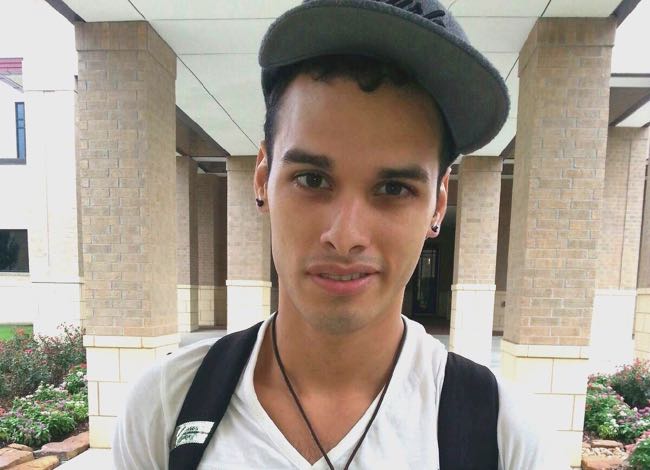 Police arrested two men in the deadly shooting and robbery outside a gay Houston club after the suspects were spotted allegedly driving the victim's stolen car.

The teen male suspects – who are 15-years-old and 16 – now face capital murder charges in the Thursday killing of Juan Carlos Ramirez (photo). The 22-year-old gay man was gunned down in the parking lot of F Bar when the two suspects tried to rob him and steal his vehicle. The teens are juveniles, so Houston police did not release their identities.

The 16-year-old is also charged with possession of marijuana, while the 15-year-old faces an additional charge of evading on foot. Police said they found the suspects in southeast Houston driving Ramirez's Ford sedan. They were arrested Thursday evening.

Mr. Ramirez was shot and killed during an armed robbery in the parking lot of the F-Bar at the above address.  The suspects then took Ramirez's Ford Five Hundred sedan.  His female friend was also robbed at gunpoint of her personal property.  HPD patrol officers responded to the scene and were provided a description of the stolen vehicle, which was then broadcast over police radio.

A preliminary investigation developed information on the vehicle's location in southeast Houston.  Officers conducting a search in the area saw the 15 year-old suspect and arrested him after a brief foot pursuit.  The 16 year-old suspect was later seen getting into the stolen sedan and he was immediately taken into custody.  The 16 year-old was also found to have the female victim's stolen property in his possession.

Both suspects have admitted to their roles in the incident and were subsequently charged.

The homicide – and a shooting minutes later that police say may be related – shocked bar patrons and LGBT residents. Last month, a gay man was robbed and shot as he walked home from Meteor.

The shootings on Thursday are prompting a Take Back Montrose rally on Friday evening.

We need to take back our beloved Montrose. Let's demonstrate Friday after work so we have the full attention of the public, media, and HPD. The crime is ridiculous and police presence is lacking. We need patrols! Make a sign and let's meet at the corner of Montrose and Westheimer by the new Mattress Firm and do something about this crime! Bring signs!

On April 11, Houston police Chief Charles McClelland and top commanders will meet with LGBT residents during a town hall at the Montrose Center.

After Thursday's shooting at F Bar, friends of Ramirez launched a Go Fund Me campaign to raise funds for his funeral. Some 116 people donated $5,866 in the hours after the campaign was launched on Thursday.

Please share and help us raise money for the funeral of our beloved family member Juan Carlos Ramirez (Carlitos) he was killed 3/10/2015 while being carjacked by 2 men. Carlitos tried to fight back so they wouldn't take his vehicle but unfortunately was shot.

This could've happened to anyone, it's extremely sad this happened to someone so young & loved by many.

Friends have turned Ramirez's Facebook page, where he is identified as RJ Carlos, into a celebration of his life. Sergio Ramirez, the victim's brother, described him as kind and giving.

“My brother's the only person I had in my life,” said Sergio Ramirez. “Now that he's not here, it brought me down. I just want to know who did this to my brother. I want them to pay for what they did.

Houston City Council member Ellen Cohen, whose District C includes Montrose and a portion of Midtown, said she was upset over the killing and second attack.

“I’ve been in touch with Captain Bennett who is with [HPD’s] Central Division and he is very concerned and they are on it. We can’t be sure until homicide concludes their investigation as to whether this was a random crime or a hate crime. It’s just a shame that these types of crimes occur. It’s just terrible.”