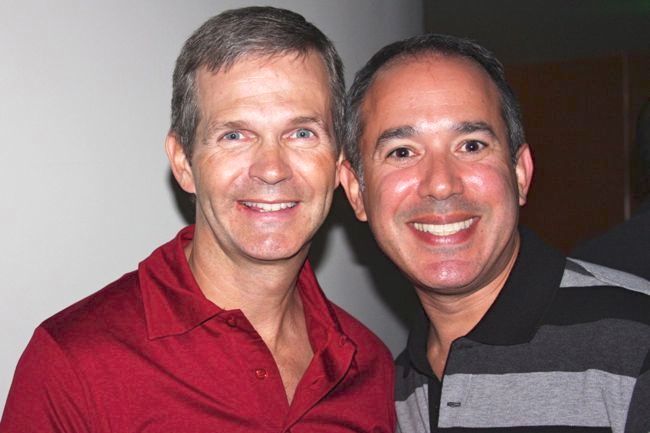 “Under the Affordable Care Act, we’re getting new plans,” Lappin said. “We’re switching providers, keeping our same doctor, though, as our primary care physician, and between the two of us, we’re going to save over $5,200 a year on our health insurance.”

Even with the lower cost of the insurance, Lappin said the couple will enjoy lower co-pays, lower deductibles and lower out-of-pocket costs — all without help of any subsidies offered by the federal government under Obamacare.

The couple, married in 2012, co-founded and own Stellar Mortgage. They previously had what they dubbed decent but expensive health insurance.

And those widely-reported technical glitches with HealthCare.gov? They improved day by day, Lappin tells the Washington Blade.

“When I would get in, it was glitchy, but over the next probably two weeks or so, I continued to get better and I was able to get in, and get it figured out,” Lappin said.

As he’s gone back to healthcare.gov to make payments and obtain confirmation from HUMANA, his new insurance company, Lappin noticed an increase in the website’s functionality.

“I log back in now and the site seems to work,” Lappin said. “It’s much faster, much quicker, the buttons actually work and do things now. As somebody who’s started Oct. 1 through now, I can tell you, huge improvements to the site.”