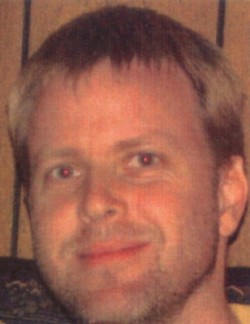 Investigators in an Atlanta suburb searching for a gay man who vanished in September hope a $10,000 reward might provide some clues in the disappearance.

Brian Anthony Wehrle, a 40-year-old land surveyor in Atlanta and owner of a farm two hours north, disappeared from his parents house in Carrollton. He left behind money, his cell phone, medication and an overnight bag “as if he was going to be right back,” Jeff Rolsten, Wehrle’s partner of 13 years, has said. Police found Wehrle’s abandoned Buick LeSabre in early December in Chattanooga with a stolen tag.

Since the car was discovered, the investigation has stalled. No hits have been recorded on Wehrle’s financial accounts and the auto didn’t provide any clues for the investigation. But police suspect foul play.

Now, a relative and the city of Carrollton have offered $10,000 in reward money for information leading to the arrest and conviction of those responsible for Wehrle’s disappearance.

“We’re hoping the money will be an encouragement for someone who has information on the case to come forward,” [Carrollton Police Det. Tony] Johnson said.

A local ground and aerial search was conducted after Wehrle’s disappearance. Investigators then traveled to Chattanooga in December to investigate and will go back again next week to distribute fliers depicting both Wehrle and his car.

Johnson said investigators are trying to establish where Wehrle’s car was between the time he was last seen and the last week of October. The best investigators can determine is that a black male, in his 20s, with a slender build and wearing a short sleeve black shirt and dark pants, was seen parking the car on Judson Lane at Chamberlain Avenue North in Chattanooga during the last week in October. It remained in that location for more than a month before attracting any attention.