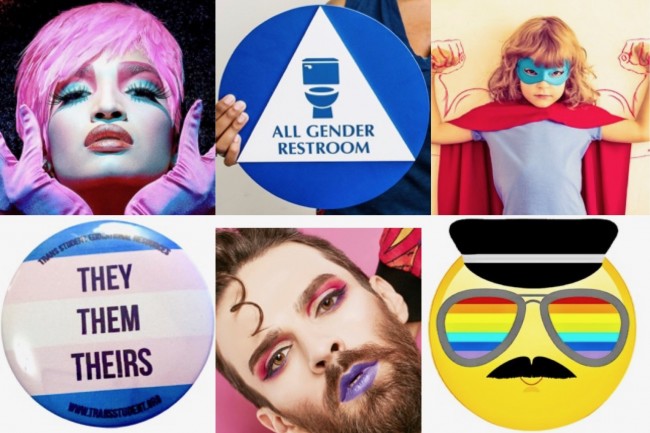 When the going gets rough, it’s empowering to look up from queer battles and headaches to acknowledge both subtle and blatant changes as signs of the times.

Some are the result of serious, hard-fought victories. Others are lighthearted nods to change and acceptance that we didn’t see coming.

All are worth noting during the down swings, when the hard stuff seems momentarily impossible.

He-him, She-her and They-them identifiers are now regular inclusions in e-mail signatures, resumes and most other places you find people’s names and bios.

Tap your favorite queer-inclusive, racially intersectional icons like anyone else who find words just too hard

You’ll never forget the feeling of pride the first time you see a child allowed to enjoy their favorite clothing or toys without regard to societal gender restrictions.

Seriously, they’re everywhere, and they’re a direct acknowledement of the magical, unique nature of every living creature

Look around and you’ll see an increasing population of privilege learning to listen instead of talk, and taking active steps to balance the scales of inclusion.

Forget milquetoast representation on Modern Familyand Will & Grace. Now we’ve got 10, 10, 10, 10s across the board in shows like Pose on FX Network (photo).

Shame over femininity is falling to history as gender-variant men embrace their inner “sissy” and catch up to what “girly” lesbians have always known – there’s power in that swish.

Runways around the world are already embracing unisex sizes. Giu Giu is just one label to offer gender-free expressions of style. See this week’s Q cover feature for more inspiration.