10 ‘new beginning’ resolutions you can totally keep in 2018 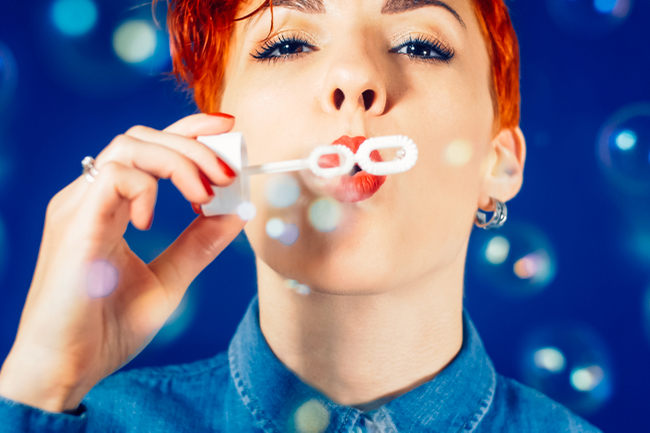 Far-flung plans for a totally different you by year’s end aren’t just impractical, they could actually be bad for you. When you set over-idealistic expectations then punish yourself for falling short, resolutions have the opposite effect of their original intention: They hurt rather than help.

Rather than over-reaching for ill-conceived New Year goals, here's a better plan. Commit these new ones to memory, and take them to heart. Not only will you be able reach them, you’ll actually be a better you by the end of the year.

It’s the kind of new beginning that pays off way bigger dividends than the will-power games that resolutions used to make you play with yourself.

Every day, mindfully count your blessings. Do you have food and shelter? Some don’t. Do you enjoy the love of a good partner, a great pet, and/or at least one friend? Lucky you. What can you be thankful for today?

Call it cliché, but nothing heals you –not them – like forgiveness. Actively practicing it doesn’t fix the past, it fixes the future. It’s not for the person who did you wrong; it’s for you. And remember to forgive yourself. We all have regrets, but haven’t you suffered enough?

Put your big gay life on hold once a day. Whether morning, midday or night, give yourself a measly 15 minutes a day for reflection and introspection. Take a walk. Go outside. Lay down. Whatever works. Trust: Sticking to this one could change your life, and 15 minutes is going to go by whether you come out refreshed on the other side or not.

Breaking down larger goals into more easily attainable ones lets you reward yourself along the way. You have to lose five pounds before you can lose 50, and you can’t run down the street, but you may be able to walk to the mailbox. Start somewhere.

Assumptions happen in silence, so avoiding someone’s gaze so that you “don’t have to deal with them right now” is ultimately more hurtful than the temporary interruption it takes to say hey and smile. A kind word can change someone’s day, and the best part is that making someone else feel good makes you happy too.

You have your routine, and you swear by it, but if you commit to a small hiccup in your daily predictability, you'll be amazed at what you can learn with a tiny new perspective. Take a left turn instead of a right and pay attention to what you see.

7. Put Down The Phone

No, not permanently; let's not get crazy. But decide when or where to have a No Phone Zone. Maybe it's during dinner or after 9 p.m., maybe it’s – gasp – on a date or over coffee in exchange for actual human interaction.

Even if you’re not the creative type, you might be surprised what a little sprucing up can do. Buy a plant for your office, weed that flowerbed outside your condo, or rearrange the art on your walls.

Not your lifestyle for the Joneses' sake, but your own self-care for your own reasons. It’s easy to let yourself go when the hustle and bustle sets in. Put haircuts on the calendar, decide you’re going to shave one more day per week, or just vow not to put on another dirty pair of Day 2 socks. Of course “to look good is to feel good” is ridiculous… right?

Other people are not you, so how could you have their life? You can’t. Stop holding up their Highlight Reel against your Behind The Scenes. Let them be them and you do you. You’re the best one at it in the world.