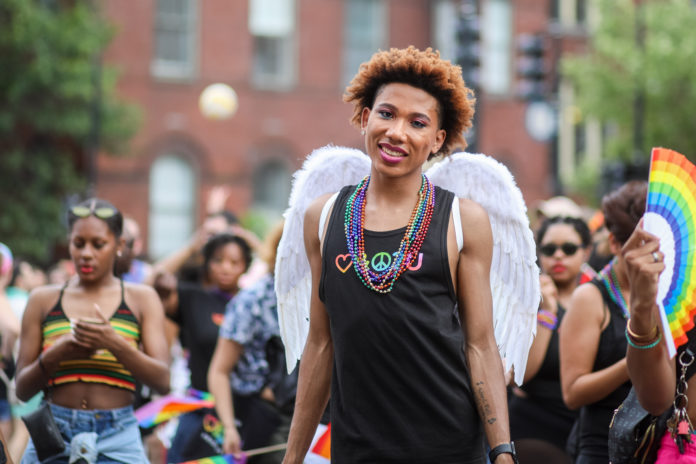 Between, beside and beyond the binary, you’ll find community members who identify outside the traditional male and female roles and expectations.

Whether someone’s gender identity is contrary to the one they were assigned at birth, cohesive with or apart from their physical sex traits, or expressed outwardly or felt inwardly, there’s one bottom line: Whatever gender we say we are, we are. Whatever terms we prefer should be respected.

Those among us whose personal truths break the binary should be trusted to know their own minds regarding their gender. That includes the 10 common gender identities on this page and every other one you may meet.

Shifting gender identity and gender expression. This can be androgynous, or it can be organically passing from male to female and back again.

Either male or female at any given time. Shifts vary and can last from hours to years.

Some scholars consider the Native American identification of Two-Spirit as part of the Third Sex category. These people are thought to spiritually be both male and female, and they are highly revered, often as religious leaders with a direct line to the spirit world.

Usually used as an umbrella term referring to all gender identities that are outside the gender binary of exclusively female or male. They may see themselves as having two or more genders, or no gender, being beyond gender, or moving between genders.

Genderless. People with bodies assigned either of the traditional binary roles may feel or present themselves as neither male nor female. They may seek to appear androgynous to match these self perceptions.

The person’s inner male or female identity does not match the one assigned to their sex traits at birth. Through choice or circumstance, trans women and trans men may or may not seek to alter their bodies with surgery.

Born with some mix of, or all of, the physical sex characteristics of both binary sexes. Can refer to combinations of chromosomes, hormones and/or genitalia that are outside the binary. Depending on the person, intersex individuals identify as either, both or neither binary gender.

Perhaps the most common gender identity: Individuals who feel their gender is in line or homogenous with their biological sex. The gender assigned at birth matches how they see themselves.