10 best things about coming out as trans or nonbinary 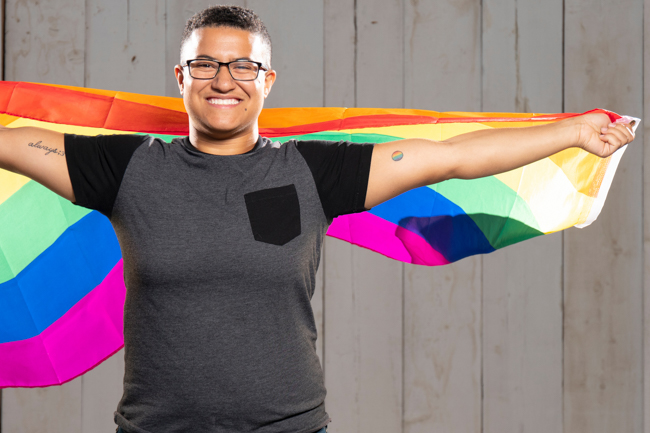 Transgender and nonbinary folks share their thoughts on the best things about coming out, overcoming the fear of the unknown, and setting themselves free to be.

“At some level you stop caring what greater society thinks, and it’s such a freeing feeling.”

“After a lifetime of questioning, finally gaining the words to articulate who and what I am without hesitation or self-loathing.”

“I feel like a person who always had one lung and got a second one and felt what it was like to breathe for the first time.”

“Once out, other people appear who are out too, and you find community, and you realize that you never felt you belonged anywhere until now. You’re not alone.”

“The best part about finally being able to live authentically is the sense of inner peace, and the fact that my relationships with people feel more genuine.”

“I like to view being transgender as a superpower, and I can wield it like any other individual characteristic like being smart or bubbly or thoughtful.”

“It was much the same way of accepting myself as queer: I no longer had to spend so much time and energy working on being someone who I wasn't and would never be.”

“I spent so much time worrying. Now every day I try to make my younger, closeted self proud, and it’s the most satisfying, actualized thing in the world to tell him he did it, he made it.”

“Some of the “woker” precincts of social media try to push the idea that gender should be dismantled, canceled, transcended, and that it’s ethically incumbent on you as a queer person to make it happen. Ignore this. It’s dumb. It’s OK to want gender, to identify along the spectrum or outside the spectrum of the construct.”

“The moment you come out, nobody can harm you with your identity. They can’t hurt you by telling you what you just told them. Being trans isn’t a bad thing anymore.”

This feature originally ran in Q magazine. Read the full issue below: