10 bad wedding guests you will not be able to avoid 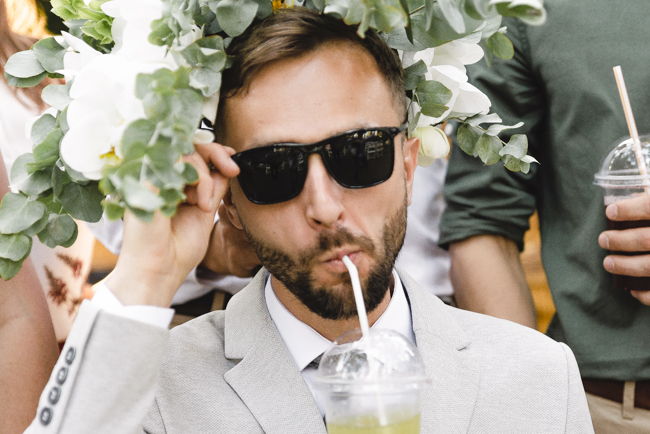 So you settled on a big affair to celebrate your love. You thought of everything. From the invitations to the parting gifts, you’re set. Or so you thought.

You think you know your friends and family. But beware. Something funny happens on a wedding that turns them into these 10 guests from mildly annoying to major pains that you might as well prepare for and expect.

Here are 10 ways that friends and family suddenly and unexplainably turn into classic wedding nuisances.

We love you, brother – Dad, Uncle, or random Groomsman’s Trick – but let’s wrap up this toast. Please. We’re begging. No really. The cake and the drag emcee’s makeup are melting.

She’s been single longer than you’ve been alive, and weddings are a perfect reminder with a perfectly captive audience. Oh, Debbie or Donnie. Being sad and bitter isn’t your invitation to bend the ear of anyone who’ll listen.

You thought he’d be different than the rest of your lives, but this friend never really strays far from the bar. That is, until it’s time to say or do something wildly inappropriate at the worst possible time. Hey, you’re the one who insisted on open bar.

Who invited a former boyfriend anyway? You’d kick him out if there was a chance in hell he’d leave quietly. Send spies to reign him in when he starts talking about having sex with one of the grooms before they met. And tell those spies not to report back. Ever.

Pretty typical to cry at weddings, right? Not like this. This is not your mom lamenting her grown baby and her lost youth. This is the gay man boohooing so loudly you can’t hear each other’s vows.

The first dance is so special, and some dumbass wants to be a part of it. When they’re not stepping in too early or creepy-group-hugging the happy couple, they’re drawing attention with insanely awful Dirty Dancing in the center of the dance floor.

If they don’t have anything nice to say, might as well say it loudly and frequently. These guests think they’re funny, or they passive-aggressively think they’re right, when they “jokingly” take bets on how long the marriage will last. That is, when they’re not outside smoking, complaining about the food, guessing how much everything costs, or bragging about their off-registry gift.

Whether it’s the tacitly anti-gay uncle, the cousin with the big mouth, the sociopathic underdressed sister and her boyfriend, or the Black Sheep with no filter who may or may not be on meth right now, someone in one of your families is not going to mix well with just about everyone else.

Your groomsmen are your boys, ports in a storm when the day gets hectic. Right? Well, one of them will go off the reservation and try to make it all about him. Have someone prepared to shut it down when he tries to create his own showstopper.