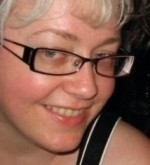 Queer activism goes on the road Thursday when a new grassroots group travels north of Buckhead to invade Johnny’s Hideaway.

It’s the launch event for Guerilla Queer Bar Atlanta, a group taking a well-worn concept successful in other cities and attempting it here each month. The premise is pretty simple: Queer folks flock unannounced to a traditionally straight bar for an evening of drinking and dancing with a little political activism thrown into the mix.

Organizers of Guerilla Queer Bar Atlanta settled on Johnny’s on Roswell Road for its kitsch factor – the 30-year-old venue bills itself as “Atlanta’s only nightclub for big kids” and includes the Sinatra Room and the King’s Corner – as well as its location and its perception as a safe place to drop in with a bunch of queers from the gayborhood.

“The idea came from wanting to go to new and interesting places, not the usual suspects, wanting to promote queer visibility in Atlanta, and wanting fun outings for the whole queer spectrum, not just boys or girls,” says Kiki Carr (photo), a co-organizer of Guerilla Queer Bar Atlanta with Andi Fitzroy.

From San Francisco to Washington, D.C. and scores of other cities, the idea of Guerilla Queer Bar has appealed to grassroots queer organizers for several years. Some of the events feature kiss-ins to gauge the reaction of straight patrons, while others – like the group in Atlanta – take a less confrontational approach.

“Success [for the first event] will be having fun, doing something different, challenging attitudes and assumptions,” Carr says. “It’s not getting into a bar brawl and having more than just my friends showing up.”

That said, organizers haven’t tipped off Johnny’s Hideaway that they are on the way.

“While I think it’s better for outings to be a surprise to the bar, for the fun queer visibility quotient, actually there are some cities where bars solicit the Guerrilla Queer Bar group. But anyway, no, we haven’t told Johnny’s,” Carr says.