Out on Film opens Thursday and offers eight films (and several shorts) over four days that should whet your appetite for an even larger fest this fall. Two of the films — “Fagbug” and “Stand-Up 360: Inside Out” — make their LGBT film festival debit with the Atlanta screenings this weekend.

So go ahead and splurge for a weekend pass, which costs $30, and enjoy all that the event has to offer. All the screenings take place at Plaza Theatre on Ponce.

On the 11th annual National Day of Silence (April 18, 2007), Erin Davies was victim to a hate crime in Albany, NY. Because of sporting a rainbow sticker on her VW Beetle, Erin’s car was vandalized, left with the words “fAg” and “u r gay” placed on the hood and driver side of her car. Despite initial shock and embarassment, Erin’s decided to embrace what happened and film a documentary about her 58-day cross country tour around the US and Canada in her car known worldwide as the fagbug.

In French with subtitles, this comedy delves into what happens to lesbian couple Lucie and Marion when Lucie starts thinking about babies.

A fresh, new “indie” film about a young gay black man’s journey of self-discovery, affirmation and love. Independent African-American gay cinema is given a refreshing, realistic twist in this seductive drama. Faybien Allan has it all going on; he’s young, stylish, and knows the importance of being seen with hip friends at NYC’s trendiest spots. But beneath the sparkle of his nightlife and his stunning good-looks, is a man buckling under his father’s homophobia. Filled with self-loathing and desperate for direction, he meanders through life until meeting Lonnie, a confident activist with a flirtatious smile. However, despite their obvious chemistry and fireworks in bed, Faybien’s insecurities have him looking for the door. Can a budding romance and a few good friends keep him from making the biggest mistake of his life? A true labor of love shot over the course of a dozen weekends, “Finding Me” marks the discovery of a promising and humanistic new talent, first-time Haitian-American filmmaker Roger Omeus, Jr.

“The Universe of Keith Haring” by director Christina Clausen is an intimate portrait of world-renowned artist Keith Haring whose mantra was that “Art is for everyone!” The film is a thorough and intimate exploration of the background and career of one of the most popular and significant artists of the 20th century. The film features interviews and archival footage of Fab 5 Freddy, Jeffrey Deitch, Kim Hastreiter, Grace Jones, Madonna, Yoko Ono, David LaChapelle, Kenny Scharf, Carlo McCormick, Andy Warhol, Ann Magnuson, Tony Shafrazi, and Junior Vasquez, among many others. 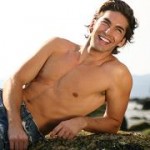 When Tyler Davidson brings his college buddy Chase home for the summer holidays a secret is revealed that threatens to tear his perfect family apart. This summer two young men discover the importance of friendship and second chances. The Davidson family appears practically perfect in every way. Chase arrives in the quaint cottage town of Prospect Lake and is faced with the challenge of controlling his attraction for Tylers father, Nathan. But Chase isn’t the only one with a wandering eye. Nathan struggles to resist his feelings for his son’s best friend while safeguarding his life long secret to protect his family. What would you do if the one thing you wanted could ruin your life? The Davidson family’s world is set to collapse as the affair is discovered. Can a man keep his family and still hold onto himself?

They say that when someone comes out of the closet, they can’t stop talking about it. Vancouver filmmaker Gwen Haworth not only talked she made a movie. Using archival family footage, interviews, phone messages, and hand-drawn animation, Haworth’s documentary “She’s a Boy I Knew” begins in 2000 with Steven Haworth’s decision to come out to his family about his life-long female gender identity. The resulting auto-ethnography is not only an exploration into the filmmaker’s process of transition from biological male to female, from Steven to Gwen, but also an emotionally charged account of the individual experiences, struggles, and stakes that her two sisters, mother, father, best friend and wife brought to Gwen’s transition.

Hosted by Caroline Rhea, Stand-p 360 captures the unmistakable energy of a live New York City comedy show in an unparalleled series of films featuring a line up of top gay comedians, from headliners to break out stars.

Trailers of the films are available at Out on Film.